Valient Thorr and Tweak Bird at the Detroit Bar

My ears are still ringing from the Motorhead and Valient Thorr show at the House of Blues Anaheim back in September. I was looking forward to checking them out again at the cozy Detroit Bar with Tweak Bird. 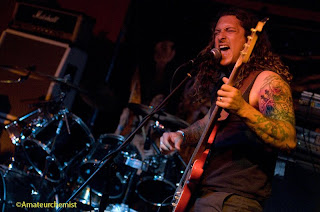 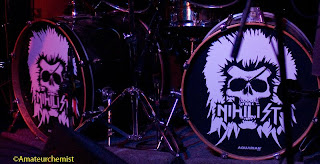 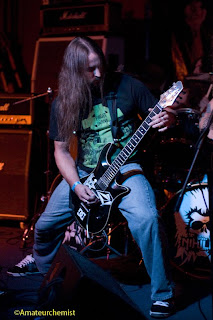 Nihilist proudly wave the flag of the early '80s thrash metal sound. A double bass drum setup accompanied with blazing guitar solos and lightening fast bass riffs. Nihilist got credit for lugging around a double bass drum kit but looks are only part of it. I heard some razor sharp riffs but it seemed a little incongruent at points. I will have to check them out again to get a better opinion. 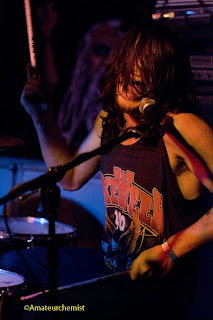 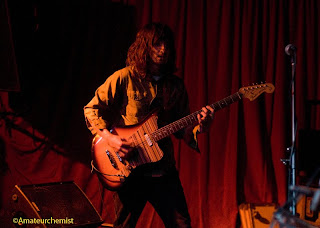 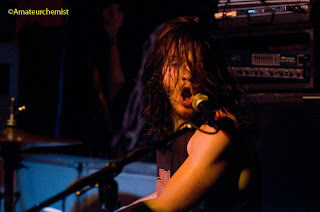 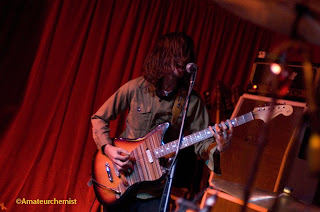 Tweak Bird is a must see live act. Caleb Bird (Guitars) summoned the demons with his phenomenal Fender Jaguar Baritone guitar face ripping riffs. Ashton Bird (Drums) rounds out the brotherly dynamic duo with his octopus like drumming while screeching out the occasional round of vocals. Reservations is their latest EP which serves as the ultimate teaser in hopes of a full length album.

Tweak Bird methodically got the crowd involved in their set with the slow primordial sludge of "Spaceships". Hell quickly broke lose with the spastic engulfing fuzz of "Whorses". Caleb completely had me sold when I heard some Theremin squawks of sound as he tweaked his homemade Theremin. In the live setting, Tweak Bird enhances and expands the grooves they have recorded making the songs even richer. Eidan Thorr (Guitars) did momentarily jump onstage to add some fancy guitar fretwork only to have Caleb accidentally knock over into his Mesa Boogie stack. It was sad to see amps fall over but also made for a cool concert moment of madness. 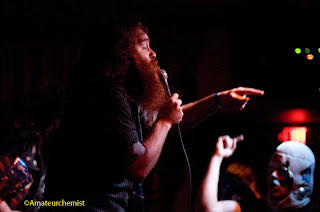 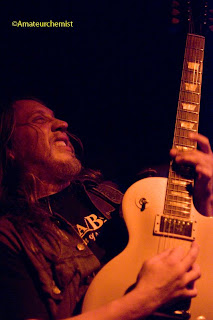 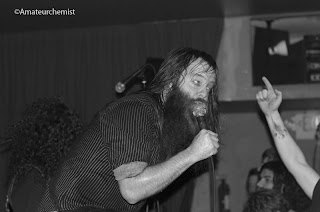 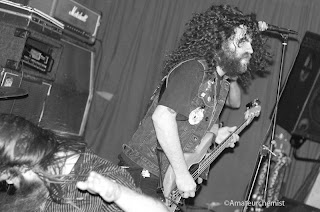 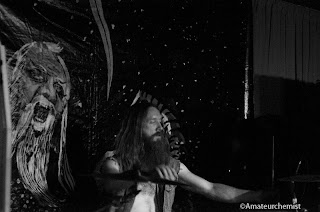 I had flashbacks of watching the Hold Steady at the Detroit Bar when the crowd pushed their way to the front for Valient Thorr. A lot of jean jacket clad thorriors frantically threw their fists in the air while hoisting a cold beer to cheer on their favorite band. Valient Thorr could easily call Costa Mesa a second home as their label Volcom is just down the street.

Valient Himself (Vocals) was unabated by the lack of room on the stage as he would step out into the crowd to sing their songs. Dr. Professor Nitewolf Strangees (Bass) seemed to be inspired by Valient as he also went deep into the center of the mosh pit while rocking out on his bass. Valient Thorr crushed the audience with "I Hope the Ghosts of the Dead Haunt Yr Soul Forever" which was dedicated to Senator Jessie Helms. Eidan Thorr and Voiden Thorr should be aligned with such guitar duos as Tipton/Downing and Murray/Smith with their virtuoso harmonious guitar solos. I particularly enjoyed the frenzied anthem of "Birdhead Looking @ Goldenhands" from their IMMORTALIZER album. Valient Thorr just released a DVD titled IN HEAT which chronicles their exploits. I imagine it will be just as entertaining as their live shows.
Posted by Amateur Chemist at 11:08 AM