The Kooks at the Hollywood Palladium 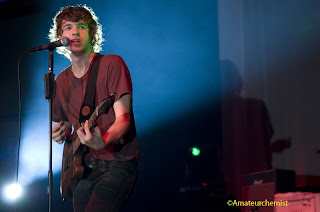 Luke Pritchard (Vocals/Guitar) sounded like he fully recovered from a respiratory infection that forced The Kooks to cancel their in-store performance at Fingerprints records when I saw their show at the House of Blues Anaheim. I was interested to see how they would sound at the newly redesigned Hollywood Palladium. 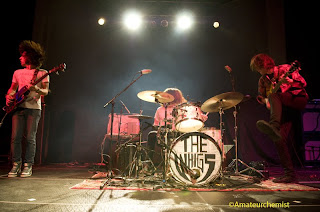 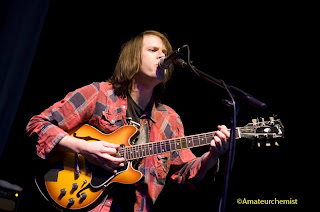 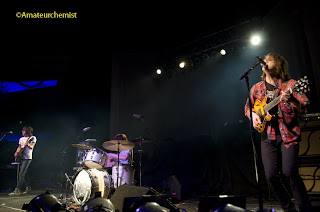 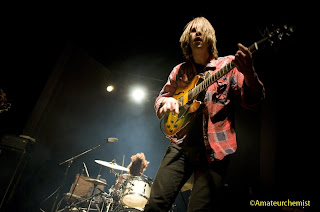 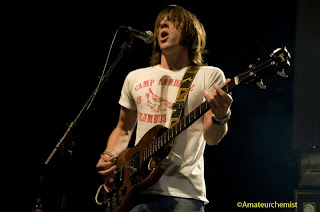 It was the final night of tour for the combination The Whigs and The Kooks. The Whigs will be joining the Kings of Leon for a batch of East coast dates before bringing in the new year in their hometown with Band of Horses.

A paperplate made for a makeshift setlist at the feet of Tim Deaux(Bass) as they opened up their set with "Violet Furs". The Whigs were even tighter on this particular night as they blasted through "Like A Vibration" and "Technology". Parker Gispert (Vocals/Guitars) later got behind his Yamaha keyboard for "Nothing Is Easy" while Tim picked up a Fender Telecaster. "Already Young" was the standout track of the night as Parker crossed over into the realm of Nirvana as he sounded similar to Kurt Cobain. I also noticed the acoustics in the Palladium have dramatically improved as The Whigs sounded pristine. 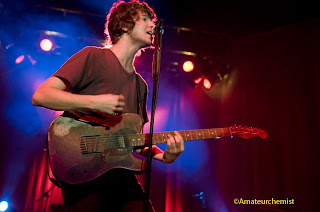 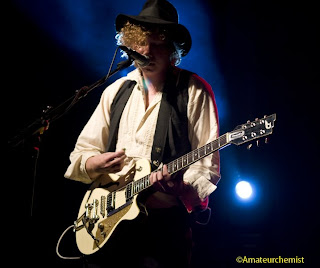 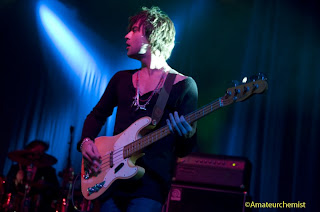 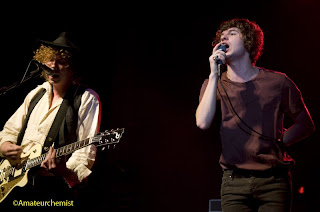 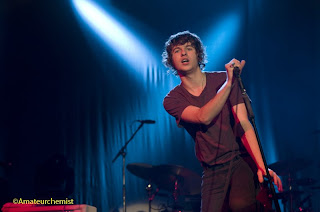 I have to give credit to Live Nation in their redesign of the Hollywood Palladium. The vibe has transformed to that of the Wiltern with LCD screens by the bars and a much tidier appearance. I also wasn't strip searched when I entered the Palladium which was a good thing. The Palladium also installed some foam in the ceiling to improve the acoustics which used to be another reason not to go to the Palladium. I hope they fixed the plumbing that caused the cancellation of the Morrissey shows in October of last year.

The Kooks always come out with their guns blazing as they tore into "Always Where I Need To Be" which they later played on the Jay Leno show the next night. Hugh Harris (Guitars) continues to dazzle me with his playing skills as his solo for "Ooh La" was wiry tight. Hugh later used a lighter as a slide for "I Want You" for some bluesy feedback. The crowd was singing along for "She Moves In Her Own Way" as Hugh methodically fingerpicked the notes while engaging his Boss Octave pedal.

Luke mentioned that when they started the band the goal was to make people dance as he succeeded by playing "Do You Wanna" with its hi-hat shuffle. Tim from The Whigs came out to assist during "Shine On" as Luke gave him a hug to thank him for touring together. The encore came too quick as Luke and his acoustic guitar played "Seaside" and "Princess of My Mind". Hugh came out for "See The Sun" and added some background vocals. "Sofa Song" delighted the female fans in the front as Luke came down to the rail and went quite far into the crowd barely missing a note as he sung. The Kooks will finish up their tour supporting Konk in Japan and the rest of Europe.

Email ThisBlogThis!Share to TwitterShare to FacebookShare to Pinterest
Labels: Hollywood Palladium, The Kooks, The Whigs

I was there and it was the best night of my life!!! I am completely in LOVEEE with The Kooks they make my life soo much better! and they sound a thousand times better live! I still wake up every morning thinking about the kooks concert! =)