The Polysics, Io Echo and Black Gold at the Roxy Theatre 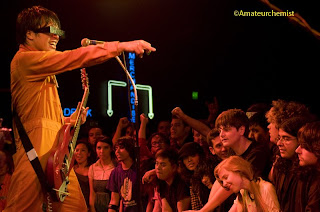 A triple bill of buzz hit the Sunset strip in the form of Black Gold, Io Echo and The Polysics. It has been awhile since I dropped by the Roxy Theatre but the huge line to get into the club alerted me to the fact that I wasn't the only person aware of the buzz. 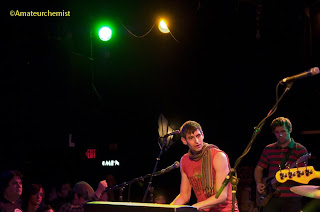 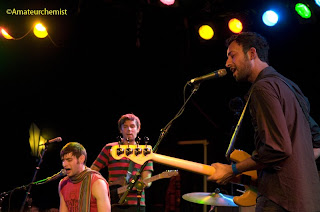 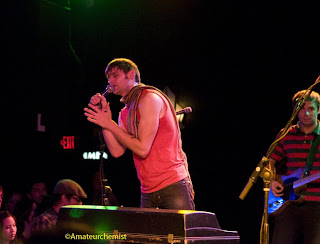 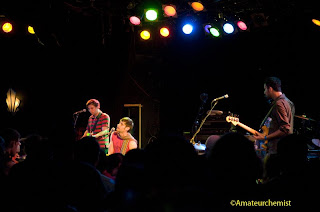 Did you happen to catch the free itunes download of "Detroit" by Black Gold? Eric Ronick (Keyboards/Vocals) and Than Luu (Drums) are the masterminds behind their genre-jumping project Black Gold. They recently released an EP Tragedy and Legacy on Red Bull Records.

I was immediately impressed on how tight they were as a relatively new band. This could be attributed to Than's precise drumming as he was mixing it up behind the drum kit. Eric was energetically rocking out on his Rhodes piano. The crowd was familiar with "Detroit" and its combination of jangling guitars and layered vocals. Their live performance had a sharper edge compared to the slick production on their recorded output. Black Gold will be back with The Polysics and Jaguar Love on November 14th at the Glass House in Pomona. 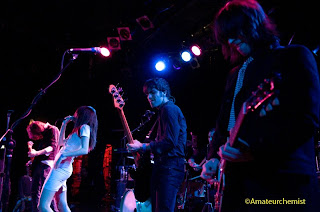 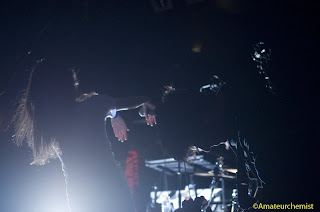 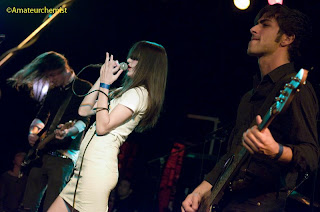 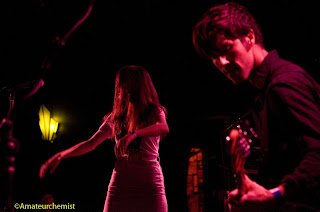 I last caught up with Io Echo when they opened for The Duke Spirit at the Hammer Museum. It was easily the best performance by the band that I have witnessed dating back to August 2007. Io Echo raised the bar even higher as they won over the crowd with a haunting set.

"Enter To Exit" set the mood early as Leopold Ross (Guitars) was whipping his hair around on stage while crouched over his guitar. Io (Vocals) has honed her stage presence to the point that it is difficult to take your eyes off her. The bass was popping for "Addicted" as the guitars crawled across your skin. "She's So Heavy" was tighter than ever with everyone chiming in for the chorus. IO Echo debuted a new tune that had been produced by former tour mates She Wants Revenge. They capped their set with another new song "Scare Tactics" that quickly moved to the top of my favorite Io Echo tunes. 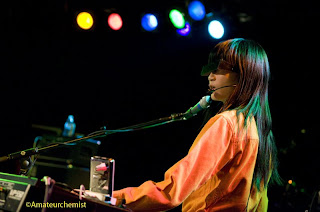 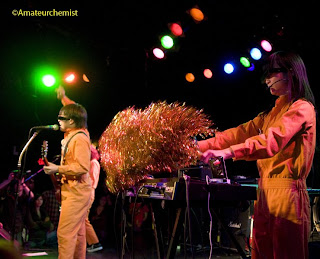 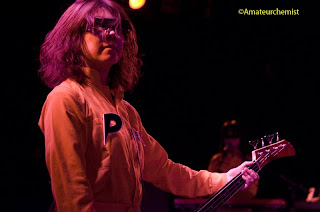 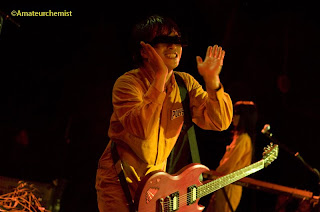 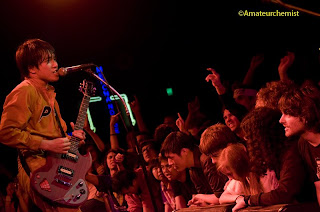 The Polysics destroyed the Roxy. It was chaotic. When members of the audience are dressed up in orange jumpsuits, it is guaranteed to be an interesting show. Hiroyuki Hayashi (Vocals/Guitars) was a ball of energy that could not be contained as he thrashed away on his Epiphone SG guitar dotted with energy dome Devo stickers. Kayo (Synthesizers) looked and acted as cool as a Terminator as she mechanically alternated between her Nord Lead and Roland vocoder keyboard. Fumi (Bass) could barely keep her straight-bar sunglasses on as she was banging her head all night.

The Polysics put on show that is guaranteed to make you pogo. We Ate The Machine is their latest album released by Myspace music. The electronic stuttering demented beat of "Iron Rocks" launched things into a wild frenzy as I was already won over by Kayo's vocoder vocals. I couldn't understand a word of "Peach Pie On The Beach" but was jumping along as Kayo busted out some pom poms to get the audience to cheer along. I don't know how they kept up the energy that long for an eighteen song set.

Their cover of "My Sharona" was hilarious and the younger leaning crowd seemed to know the song very well. "I Ate The Machine" was tackled with punk ferocity. The Polysics also hit my soft spot for Moog synthesizers when they played "Moog Is Love". I couldn't have agreed more. "Digital Coffee" had a girl in the front of the audience with headbanging away in her Pikachu costume. The synthesizers roared during "Electric Surfing' Go Go" as the temperature in the Roxy was quite warm. If you like synthesizers, Devo or just a good time, go see The Polysics.
Posted by Amateur Chemist at 8:59 AM