Rademacher at the Echo

Fresno flag bearers Rademacher scored a coveted residency at the Echo in support of their recent JAXART EP release of ERA. The line up of this night was extremely solid with support from Light FM, Radars To The Sky, and The Broken Remotes. 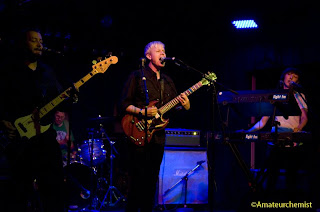 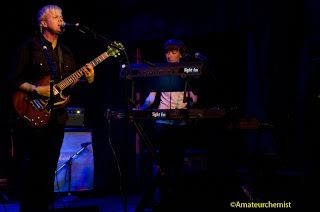 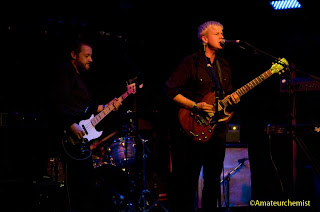 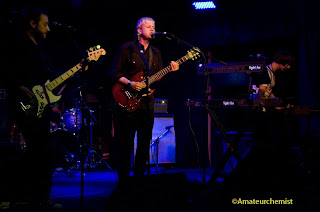 Light FM played a set that was worthy of their own residency. I originally caught Light FM back in January 2008 at Spaceland and could tell they were extremely tight. Light FM is gearing up for the release of their album Black Magic Marker which will be celebrated with a release show on Oct 21 at Boardner's.

Kim Haden (Synthesizers) was bouncing back and forth between her Korg MS2000 and Roland keyboard that was strategically covered by a Light FM sticker. The sinewy synths of "Sleepy Hallow" mixed perfectly with the tight guitars and round cutting bass lines . Josiah Mazzaschi (Vocals/Guitars) was rocking out on his Gibson SG for "Black Magic Marker" which was replete with oohs and aahs matching the ping pong synthesizers. Their new album was just released yesterday.

Radars To The Sky 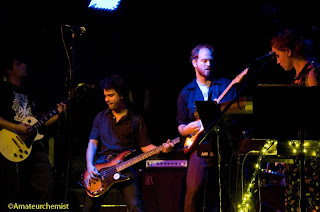 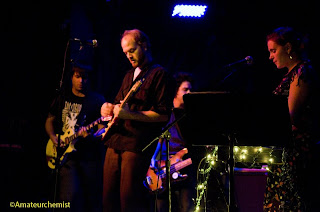 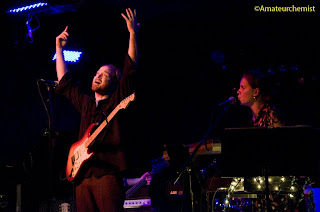 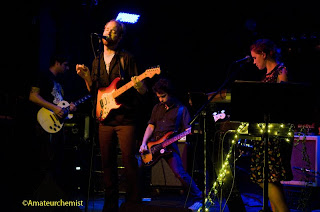 Radars To The Sky wrapped up their own residency at the Echo back in April. They have been playing consistently around Los Angeles opening for The Airborne Toxic Event and hitting up Sunset Junction. After the release of two strong EP's, I hope Radars To The Sky is working on upcoming full length album to distribute to the masses.

Radars to the Sky have continued to sharpen their live performances as they bit into the crowd with "Victoria". Seamus Simpson (Guitars) had some guitar cable problems but was helped out by Josiah from Light FM. The winding build up of "I Might" exploded into a cacophony of guitars and keyboards as Kate and Andrew Spitser traded off vocals. "You Take It To Heart" is another dynamic ranging song that starts with xylophone and ends with a chorus of vocal harmonies. They capped their set with a cover of a Rademacher song that had Seamus switch to the drums and Kenny on vocals. 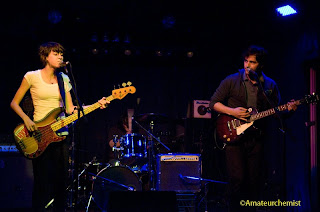 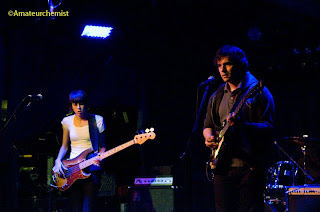 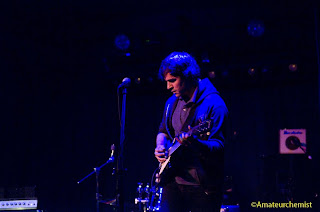 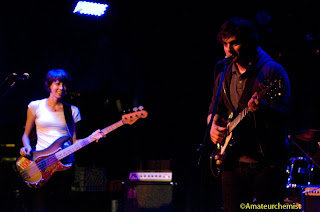 I have been meaning to catch Rademacher for quite sometime but always seem to have a conflicting show. I did catch Greer McGettrick (Bass) of Rademacher before when she played with Flowers Forever at the Glass House. I never caught their prior incarnation as a four piece but was intrigued by sparseness of their current setup as a power trio.

Malcolm Sosa (Vocals/Guitars) unraveled quirky notes from his guitar that would carefully occupy strategic spaces within their songs. Malcolm's tone and attack immediately reminded me of Pavement circa Slanted and Enchanted era. Was he out of tune? Did he care? Maybe he was out of tune. Yes, he cares. "What Yr Used To Back At Home" bashed and slashed through four minutes of jangle rock. I will try and catch Rademacher again on October 20th with Death To Anders and Le Switch. 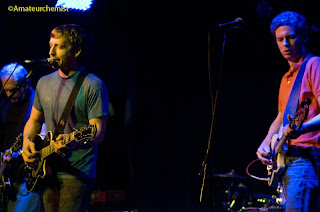 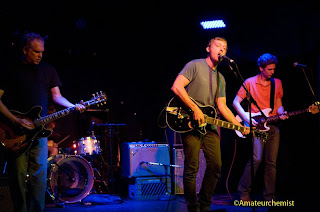 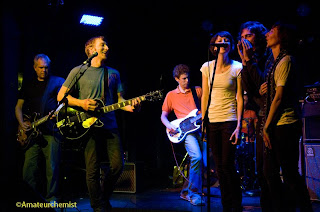 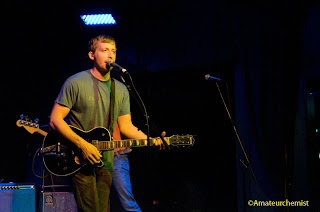 I try to keep an eye on the local bands but I was clueless when it came to The Broken Remotes. They have my attention now as they played a finely distorted guitar heavy set. Jon Leahy (Vocals/Guitars) was rocking a Gretsch guitar backed by the pummeling drums of Amy Wood. The Broken Remotes have two albums I will be checking into titled Throw Me The Keys and Tonight's Last Stand. The evening was closed out with some members of Rademacher and Light FM jumped on stage for some background vocals.
Posted by Amateur Chemist at 12:47 PM

Email ThisBlogThis!Share to TwitterShare to FacebookShare to Pinterest
Labels: Light FM, Radars To The Sky, Rademacher, The Broken Remotes