Rival Schools at the Echo 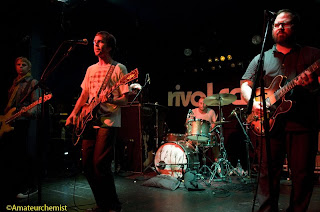 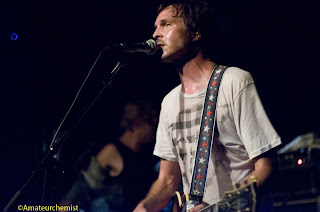 Remember when MTV showed videos? It was one of the ways that you found out about bands. I vividly remember watching Headbanger's Ball on MTV when they showed the video for "Fazer" by Quicksand. I immediately went to my local record store and picked up the cd.

Quicksand was the project of Walter Schreifels (Vocals/Guitars) who was previously in the influential hardcore band Gorilla Biscuits. I did manage to see Quicksand once back in 1995 when they opened for the Offspring. Quicksand will most likely never reunite but Walter did soldier on to form Rival Schools which tapped into the more melodic vibe of Quicksand. 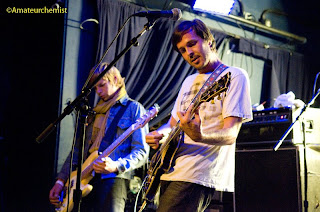 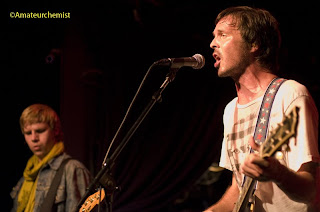 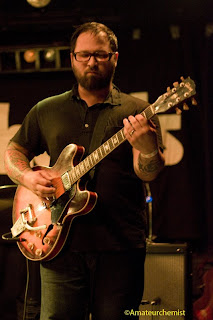 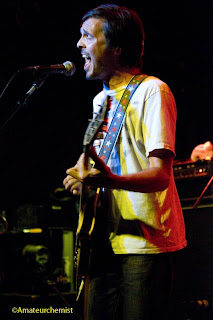 I think I still have my ticket stub for the cancelled Troubadour show for Rival Schools. I thoroughly enjoyed their debut album United By Fate which had Walter handling the rhythm guitars while Ian Love (Guitars) added various textures. The howling guitar octaves from "Travel By Telephone" were quickly followed by the tight rhythm section of Cache Tolman (Bass) and Sammy Siegler (Drums) as Rival Schools sounded tight from the start. It was a little disheartening that Walter's vocals seemed to be mixed too low throughout the night but I knew the lyrics well enough to fill in the gaps.

A screaming wah pedal signaled "High Acetate" as Walter was bouncing around with his Gibson Les Paul. Things slowed down for a minute as they tackled "Everything Has It's Point" but the song has a great sing along chorus. Walter thanked the crowd for coming out and announced that Rival Schools was working on a new album as they debuted a few new tracks. "A Parts for B Actors" and "Big Waves" were some of the new tracks they played .

A pit broke out at the Echo when the crowd realized they were covering "How Soon Is Now?" by The Smiths. As a devoted Quicksand fan, I was shocked that Rival Schools would rekindle the tune. In the Napster days, I "may" have scoured the net for Quicksand's cover of this song. Walter has long proclaimed his admiration for Morrissey and I even have his solo cover of "Ask" on the How Soon Is Now? Smiths tribute album. "Used For Glue" was the perfect closer to the evening as the devoted fans in the crowd sang along with Walter when the rest of the band purposely dropped out. Rival Schools used this show as a warm up to Liskfest and I will let everyone know when their next album is released.
Posted by Amateur Chemist at 8:19 PM