The Kooks at House of Blues Anaheim 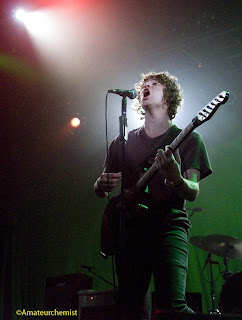 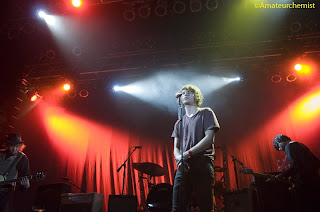 The kids in Anaheim are alright. It was a sold out show at the House of Blues Anaheim, as The Kooks made their first appearance in Orange County touring behind their second album Konk. 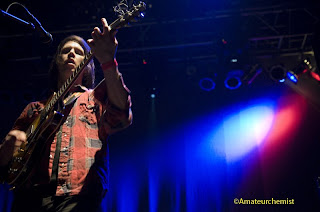 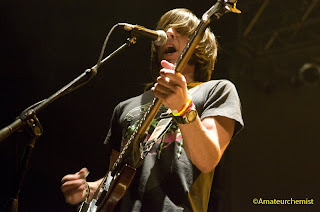 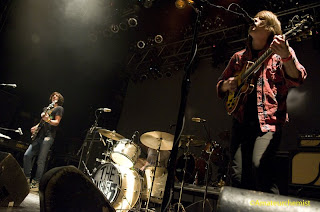 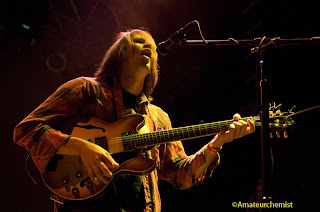 It was going to be an early night as The Whigs hit the stage close to eight o'clock. Mission Control is their latest album and a southern fried blast of rock. Their songs held up well in the stripped down format when I saw them at Fingerprints Records the day before.

"Technology" from their debut album Give 'Em All A Big Fat Lip played twice as fast as the recorded version jump started the audience. Parker Gispert (Vocals/Guitars) had his Gibson hollowbody guitar wailing away as they rambled through the foot tapping jam of "Like A Vibration". Tim Deaux (Bass) was adding background harmonies while plowing away on his Gibson SG bass. Julian Dorio (Drums) had his mop of long hair whipping throughout the whole set as he throttled his drum kit.

The younger leaning crowd seemed to appreciate their set hard driving set, but Parker did get quite a response when he asked the crowd if they were ready to see The Kooks. "Need You, Need You" had some screaming guitar octaves and jangling chords that slightly reminded me of Nirvana. The sound was mixed well at the House of Blues and the floor became really crowded as The Whigs closed out their set. 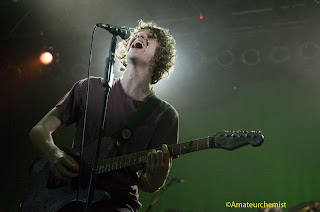 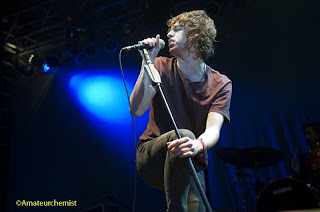 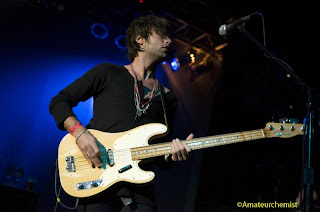 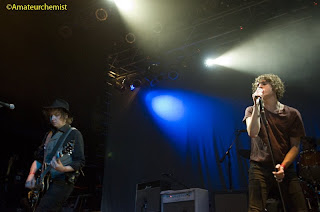 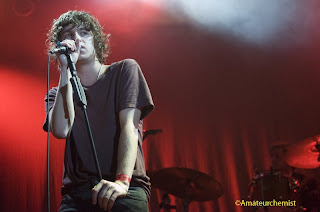 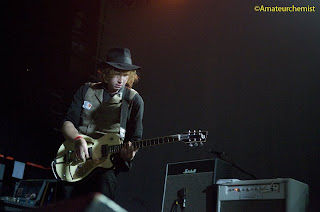 It has been a busy year for The Kooks. I caught them earlier this year at the Wiltern, House of Blues San Diego, The Echo and the Troubadour. They have come a long way since I saw them at Spaceland two years ago.

The Kooks wasted no time getting everyone dancing as Hugh Harris (Guitars) hammered out the chords to "Always Where I Need To Be". A line of females was permanently glued to the front rail with their eyes fixed on Luke Pritchard (Vocals/Guitars). It so happened that I ran into the same girls who attended the House Of Blues San Diego in which Luke dedicated a song to them.

"Sway" had Luke switching to a mini acoustic guitar that sounded twice as big as its size while Hugh was operating on his Gibson gold top. Paul Millard (Drums) was all business in his suit and tie on the drums filling in for Paul. "Time Awaits" was rearranged when the Kooks slowed down the tempo mid song before kicking it up a notch for a guitar feedback outro. Luke had a capo on the 7th fret during "One Last Time" as Hugh was crouched over his pedalboard concentrating on playing the quick guitar fills.

A few lighters popped up in the crowd during "Seaside" as Luke was on stage by himself for the encore. Luke deviated from the printed setlist as he offered up a new tune entitled "Princess of My Mind" in which he employed a capo on the 4th fret. The crowd tried in vain to have Luke sing "California" which is an older B-side that he could barely remember by singing only a few lines. "Sofa Song" brought the house down as Luke jumped into the crowd in front of the barricade as even the people upstairs were caught dancing along. I would say the Anaheim crowd was Konked after the end of their set. 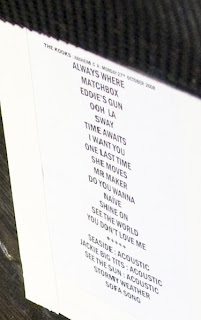 Posted by Amateur Chemist at 12:26 PM

Email ThisBlogThis!Share to TwitterShare to FacebookShare to Pinterest
Labels: House of Blues Anaheim, The Kooks, The Whigs

I was one of those "females permanently glued to the front railing"and im one of the girls Luke dedicated a song to!!!