A Place To Bury Strangers at the Troubadour 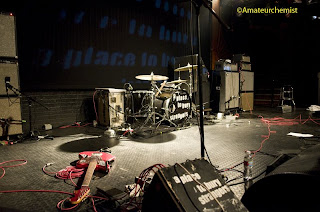 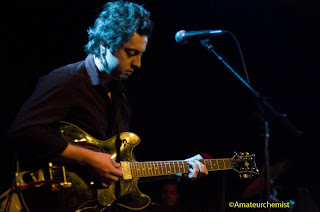 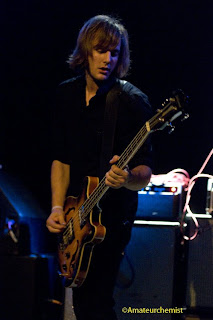 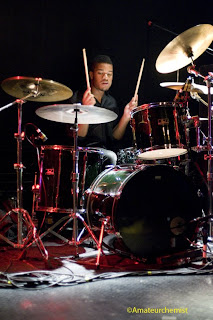 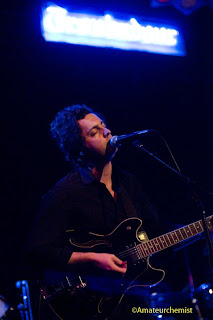 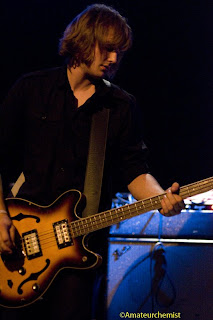 One of the my most anticipated new local releases has to be the In Waves album. I have been a big supporter of In Waves since I saw them in December of 2007 with A Place To Bury Strangers. You can pretty much relieve their entire set at the Troubadour by watching all the Youtube videos on their myspace page. "I Saw Them" has an ascending watery guitar line backed by Delano Duran's (Drums) cymbal crashing and Tim Gregorio's (Bass) steady bass line.

The sonic urgency of the "Careful Talk" contradicts with Jimmy Strange's (Vocals/Guitars) relaxed vocals but this manages to make the song that much more powerful. In Waves also played a new song to close the end of their set that had me completely sold. Tim used a Death By Audio tone saw to alter his bass tone in various parts of the song. It was easily the best set I have witnessed by In Waves. 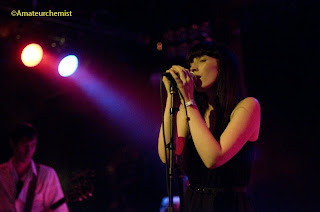 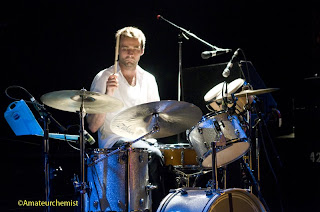 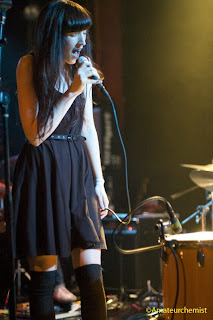 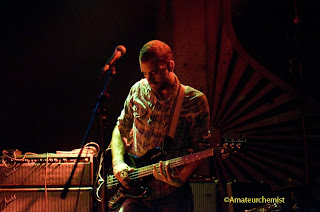 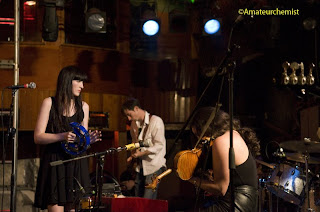 Sian Alice Group brought the experimental psychedelic vibe to the forefront with their assortment of instruments. 59.59 is their latest album on the Social Registry label. Sian Ahern (Vocals) added her wistful vocals to the lush instrumentation. I didn't catch any song titles from their set but I think I remembered them playing "Contours" with its carefully weaved keyboards and underlying tension. I need to check them out again to form a better opinion. 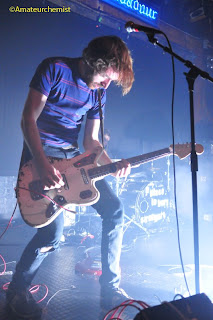 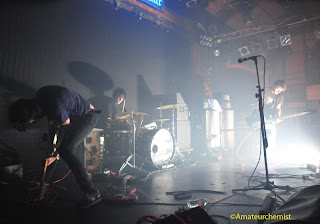 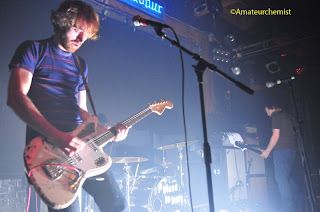 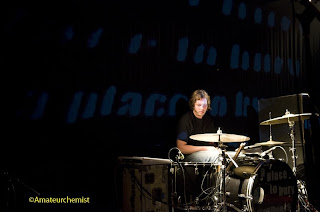 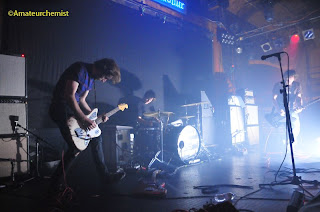 I wouldn't have traveled to Oklahoma, Houston and Dallas to see Nine Inch Nails if A Place To Bury Strangers wasn't the opening band. It was awesome to hear such expansive songs as "Ocean" blaring inside huge arenas. As much as I enjoyed the arena shows, I was looking forward to seeing them at the Troubadour because the sound is always mixed well.

My eardrums immediately started to throb with the pounding drums of "Gimme Acid". Oliver Ackermann (Guitars/Vocals) quickly dialed up his buzzsaw tone on his Fender Jaguar. My Bloody Valentine was loud but A Place To Bury Strangers were equally high on the decibel meter and they have one less guitar player. I intended to move around and get different angles for photos but couldn't leave as I found my self studying the various chords played by Oliver.

An intoxicating tremolo swirl of feedback launched "To Fix The Gash In Your Head" as the song was attacked with a punk like ferocity. The bass and drums are loud but Oliver's guitar slices through the mix as his vocals are purposely mixed slightly low to force you to concentrate on the lyrics. I was hoping that Tim from In Waves would come out to sing "My Weakness" but instead came out for "Don't Think Lover".

The demonic surf tones of "Deadbeat" switched between white noise feedback and howling guitars as it was anchored by bass and drum duo of Jono Mofo and Jspace. A new tune was debuted ferociously with Oliver attacking the strings at the bridge of his guitar to coax out some screaming metallic harmonics. "The Falling Sun" and "Ocean" winded down the aural audacities. Two My Bloody Valentine shows and A Place To Bury Strangers show has to go down as the loudest week ever reviewed. I would do it again if my ears would let me.


A Place To Bury Strangers Pedalboard 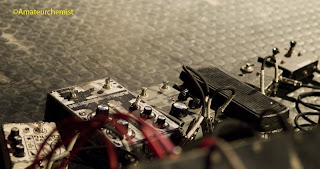 Posted by Amateur Chemist at 11:28 AM

Email ThisBlogThis!Share to TwitterShare to FacebookShare to Pinterest
Labels: A Place To Bury Strangers, In Waves, Sian Alice Group, Troubadour

Hey AC, I was at the same show getting some pix and enjoying the killer sounds. Do you have any more photos posted?