Eulogies at the Hotel Cafe

It was Dangerbird Records night at Hotel Cafe with La Rocca, Eulogies and Ed Laurie. Eulogies was celebrating the release of their new EP Tempted To Do Nothing. 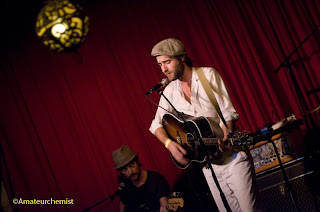 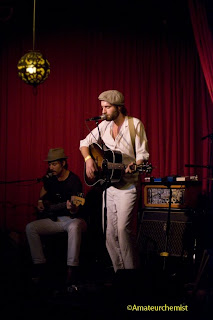 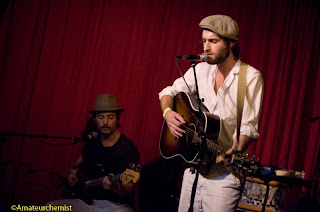 The Baillie brothers of La Rocca played a short but sweet set debuting some tracks from their new album OK Okay. Bjorn Baillie (Vocals/Guitars) was strumming his acoustic guitar and demonstrated his broad vocal range with "Non-Believer" as his brother Simon (Bass) impressively held down the background vocals, foot stomping and the melody driven bass line. Bjorn would later hop over to the piano for "Love Under Key" that resonated well with the attentive Hotel Cafe audience. If they were this good without two members of their band, I will need to check them out with the full line up. 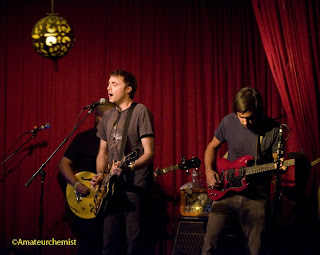 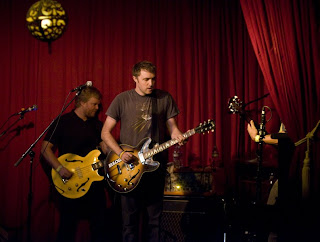 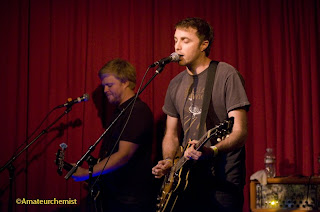 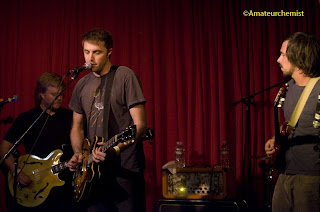 I have reviewed Eulogies four times now and have never been disappointed by any of their sets. The stage was cramped as Eulogies has augmented their line up by adding Drew Phillips (Guitars) for another shade of sound. Tempted To Do Nothing is their new four song EP that is available as an awesome vinydisc that is a combination of analog(Vinyl) and digital(CD).

Eulogies exceeded the usual decibel levels at Hotel Cafe with a fully plugged in set. Peter Walker (Guitars/Vocals) led the charge with "Bad Connection" off their new EP as he played his Gibson hollowbody guitar plugged into an Orange amplifier. A few tracks from their debut album were mixed into the set as I enjoyed "Running In The Rain" and the jangling guitars of "Life Boat". The strategic wandering guitars of "Is There Anyone Here?" meshed well with Peter's lyrical content. Eulogies is heading out for a couple of shows back east for CMJ. 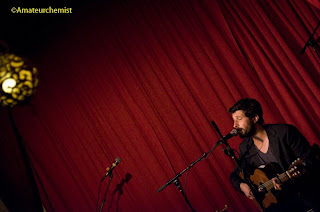 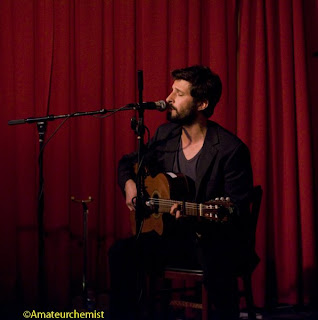 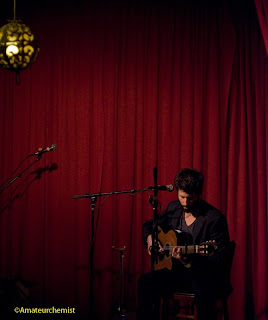 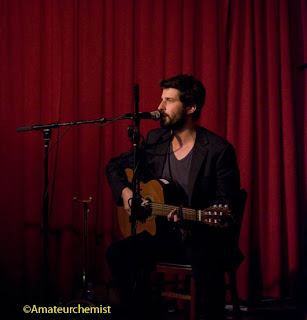 Having recently seen Jose Gonzalez and his nylon string guitar wizardry, I didn't know if Ed Laurie could measure up. I quickly realized that Ed is in a class by himself with his earnest heart revealing sincerity. Meanwhile In The Park is Ed's latest album and "Julia" was captivating as his songs fit the mood of Hotel Cafe. "Down To The Sea" made you forget about his nimble guitar work as Ed's voice pulled in the audience. There was a cone of silence after Ed finished his set because everyone seemed speechless. Dangerbird Records has a lot of good things going for them.
Posted by Amateur Chemist at 4:45 PM