Cut Copy and The Presets at the Glass House 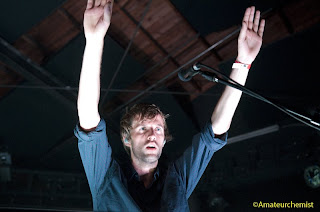 I was debating about attending the LA Weekly's Detour Festival but opted to see full sets of Cut Copy and The Presets at the Glass House. The combination of these two Australian electronic juggernauts proved to be an explosive combination that shattered the Glass House. 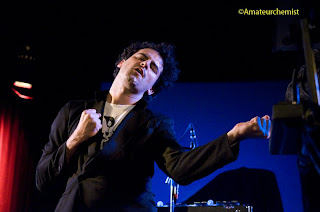 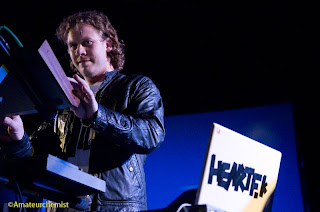 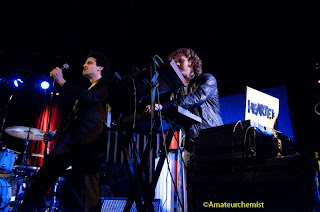 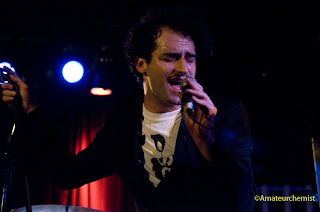 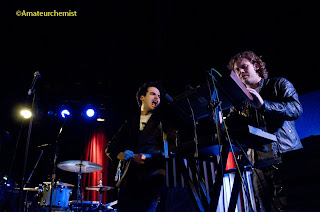 I always try to show up early for shows to catch the opening bands. I was particularily glad on this night as the London based electronic duo Heartbreak jolted the crowd with their intriguing blend of Nitzer Ebb and early Depeche Mode synthesizer based dark disco. A minimal setup of a microKorg, an Apple laptop and a keyboard controller pumped out the delicious dance grooves.

The slow pulsating haunting bass keyboard line of "Regret" mixed with Sebastian Muravchix's (Vocals) falsetto hinted at disco before morphing into a spoken word break down similar to Nitzer Ebb. Ali Renault (Keyboards) was manipulating his pitch wheel while the throbbing continued in the background. Sebastian was dancing up a storm on stage frequently pounding over his heart with his fist. "Poison" was another vocoder laced industrial dance gem. Heartbreak is on Lex records which is the label responsible for Neon Neon. The Glass House audience seemed to be as impressed as I was. 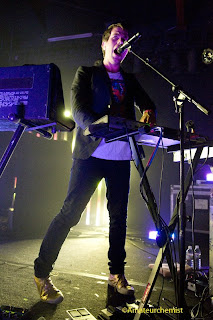 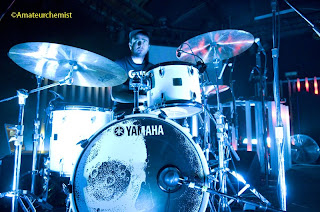 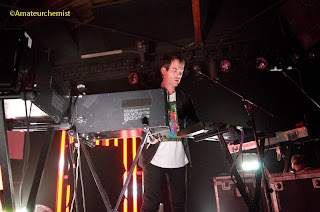 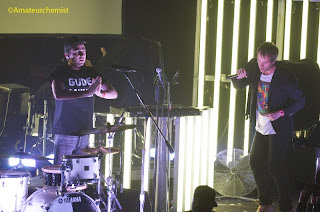 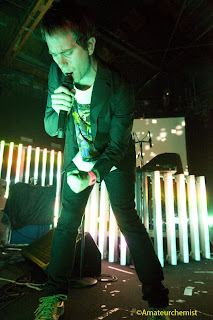 I still think one of the top keyboard/electronica shows this year was watching The Presets at the El Rey. Everyone who was in attendance on that particular night can attest that the El Rey was a mass of sweat drenched dancing fans. Apocalypso is the latest album from the Presets and will finish in the top 5 electronic albums of this year.

A backing track of "Talk Like That" started to creep out of the soundsystem eliciting cheers from the enthusiastic crowd. Kim Moyes (Drums/Keyboards) was situated behind his Yamaha custom Bass drum kit that is adorned with Moon/Skull logo. Julian Hamilton (Vocals/Keyboards) had a trio of keyboards at his disposal as he quickly would venture to the front of the stage to sing some lyrics and engage the audience.

The mercury started to rise as The Presets ventured back to the album Beams for "Down, Down, Down" and "Girl (You Chew My Mind Up)". "Eucalpytus" was fast and furious as the crowd feverishly danced. Julian also would tweak the various knobs on his Korg MS-20 to color the song. The stuttering sample of Julian's vocals underpinned with some scorching synthesizer work during "Together" reminded me that it was one of my favorite tracks from the album.

The crowd really lost their collective minds during "Kicking and Screaming" and "My People". I would still give the edge to the El Rey show in terms of energy but this show was a close second. I was also sad they cut out "Anywhere" and "Girl and The Sea" from their set due to time constraints. The question would be whether Cut Copy could crank it up a notch. 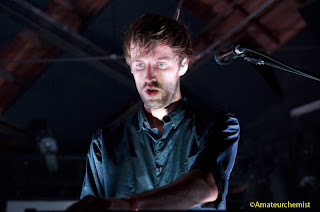 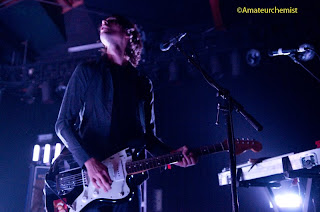 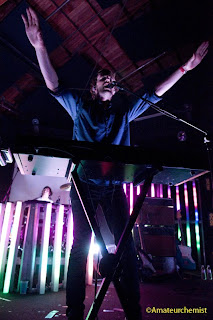 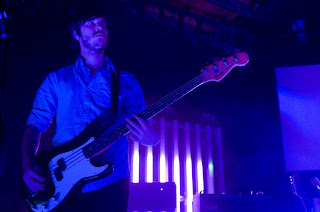 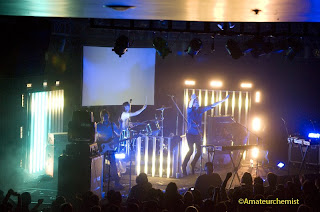 After checking my itunes play counts, In Ghost Colours has been spun close to fifty times since its release in March. I saw Cut Copy earlier this year at the Echo and the Echoplex and both shows were impressive. Cut Copy managed to kick it up a notch as they played one of their best sets yet.

Shimmering synthesizers were triggered for the instrumental "Visions" that quickly gave way to "Nobody Lost Nobody Found". Dan Whitford (Synthesizers/Vocals) was situated in front of his Dave Smith keyboard as Tim Hoey (Guitars) would occasionally grab his Fender Jazzmaster which was plugged into a Vox AC 30. After recently seeing My Bloody Valentine and multiple Fender Jazzmasters, I noticed some sonic similarities between Cut Copy and My Bloody Valentine.

"Far Away" maybe the closest Cut Copy sonically ventures to a New Order and that maybe why I like the song so much. Cut Copy dipped back into Bright Like Neon Love for "Time Stands Still" which really had the crowd clapping their hands and cutting a rug. The stage setup was a string of giant neon colored lights with an additional screen running visuals.

The loopy bass line and slashing guitars of "Unforgettable Season" continued to pump the room full of dance energy as Tim furiously tremolo picked his guitar to end the song. "That Was Just A Dream" was a dynamic gem as the song continued to build before Dan led the crowd into a gigantic count off of "1-2-3-4". A shift to that of disco occurred when Cut Copy started to play "Saturdays" as the crowd sung along to every word. "Lights and Music" was another high moment of the evening as it was song they had just performed on the Carson Daly show. The encore of "Hearts On Fire" was the final straw that made me second guess my decision to miss both bands at the Detour Festival.

Cut Copy setlist at the Glass House (10/03/08)
"Visions"
"Nobody Lost Nobody Found"
"Far Away"
"Time Stands Still"
"So Haunted"
"Unforgettable Season"
"Strangers In The Wind"
"That Was Just A Dream"
"Saturdays"
"Feel The Love"
"Out There On The Ice"
"Lights and Music"
"Future"
"Hearts On Fire"
Posted by Amateur Chemist at 11:09 AM

awesome interpretation of the evening! next time a Lex band plays, be sure to him me up and I'll make sure you're top on the list! AA, Lex