It was difficult to escape death on this particular night at Spaceland. O'Death may hail from New York but sounds nothing like A Place To Bury Strangers or Sonic Youth. O'Death brought their mutant gothic country punk to Los Angeles with support from two fine local bands in the form of Le Switch and Death To Anders. 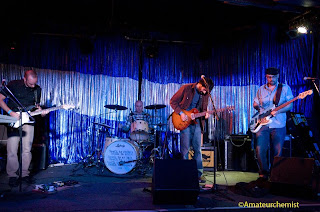 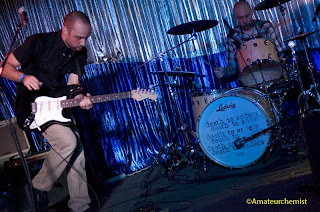 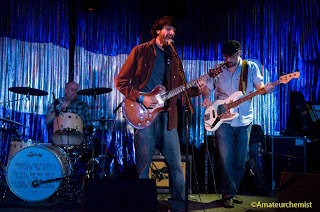 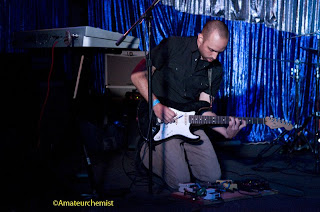 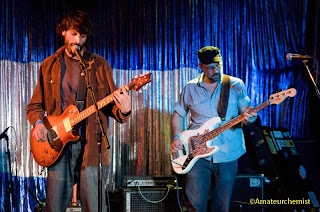 My busy concert attendance schedule unfortunately prevented me from checking out the Death To Anders residency at the Echo in September. I was impressed when they recently released a quick EP Enigmatic Market as a follow up to Fictitious Business. By all accounts, Death To Anders is on a roll as they played a tightly spun set that impressed the sizable crowd at Spaceland.

Rob Danson (Vocals/Guitars) might be the only person in Silverlake that plays a Paul Reed Smith guitar as he slashed out the opening chords to "Corduroy Stitches". Nick Ceglio (Guitars/Vocals) had his Fender Stratocaster playing notes like Spiral Stairs from Pavement to Rob Danson's cribbing of Stephen Malkmus guitar squalls. The dusty tumbleweeds kept rolling through Spaceland as "Camera Lens" was executed with precision that made me forget about Sarah from the Happy Hollows contributes backing vocals on the album version. I still have yet to hear "Ghost Rock" but I think Death To Anders is strategically omitting the song in hopes that I will keep coming to their shows. Unfortunately, their strategy is working, as I will be sure to catch Death To Anders again. 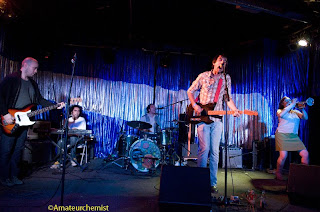 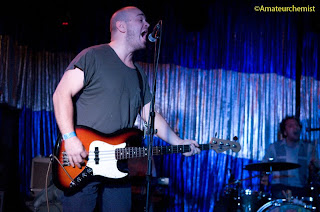 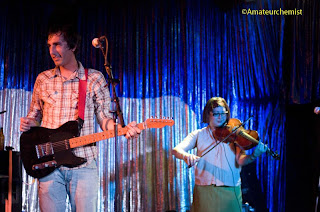 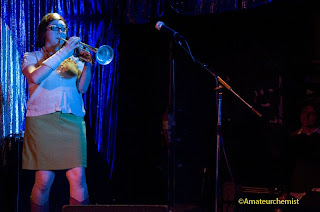 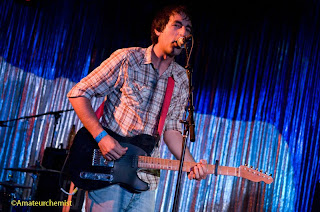 It only took a few notes for me to regret missing some recent shows from Le Switch. I last caught up with Le Switch in February at the Prospector. Of course, Aquarium Drunkard was wise enough to sign and release their latest album And Now....Le Switch. Le Switch is not far removed from their label mates The Henry Clay People. Both bands should have been added to the Hold Steady and Drive-By Truckers tour.

Aaron Kyle (Vocals/Guitars) dialed up some twang by strumming his flat-black Fender Telecaster. Maria DeLuca (Violin/Trumpet) was not obstructed by the bandage on her right hand as she plucked the violin and danced up a storm. Josh Charney (Keyboards) filled out their sound with some choice piano riffs on his Roland Juno keyboard. Le Switch was in the giving spirit as they gave away a potato decorated as a turkey to one lucky audience member in the spirit of Thanksgiving. "Hard Talkin'" is worth the price of their album alone with its saloon vibe. Le Switch will be hitting Long Beach with The Minor Canon and Summer Darling on December 7th at Que Sera, which is the same night as The Henry Clay People and The Monolators at Alex's Bar. This is an example that Long Beach needs bigger venues because a bill with all those bands would be epic. 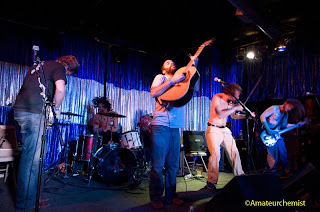 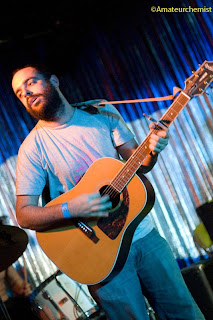 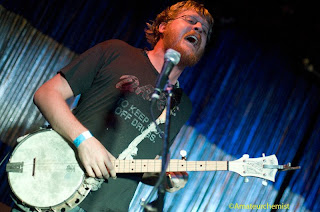 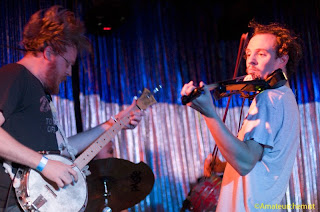 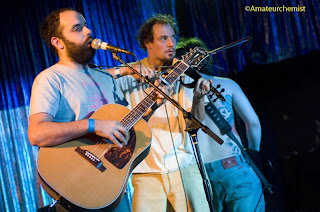 It might be cliché to say O'Death slayed the audience, but it does sum up the vibe at Spaceland on this particular night. When all of the band members took a shot of whiskey prior to tearing into their set, I knew things would be interesting. O'Death played like they were a possessed version of the Charlie Daniels Band with insane banjo runs and a shredding electric violin. Broken Hymns, Limbs and Skin is a small slice of their rollicking vibrant live show.

"Home" might start quietly but slowly churns before picking up its pace. It served as a nice introduction to the avalanche of onstage action that would ensue. Gabe Darling (Banjo) blew me away with his fingerpicking good rendition of "Only Daughter" from their first album Head Home. The energy level continued to rise throughout the evening with each band member having their turn in the spotlight. Greg Jamie (Guitars/Vocals) properly fits the description of an old soul in terms of his singing voice. Spaceland seemed to morph into a backwoods campfire sing-along. "Lowtide" was another hellride through the south with its frantic pace. "Down To Rest" could easy be the soundtrack to a warped Country Bear Jamboree ride at Disneyland. Bob Pycior's (Violin) bow was shredded after a few songs as I could have sworn seeing billows of smoke coming from his instrument. O'Death will be wrapping up their tour at the Bowery Ballroom in New York on December 5th(Thanks Ryan!).
Posted by Amateur Chemist at 9:49 PM

The Bowery in NYC is actually on Friday, December 5.

I recorded audio of the Bowery show and its up on the site:
http://www.nyctaper.com/?p=462