Helmet at the House of Blues Anaheim 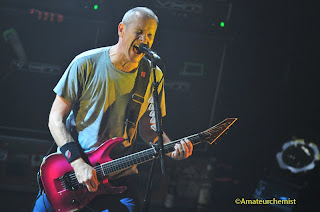 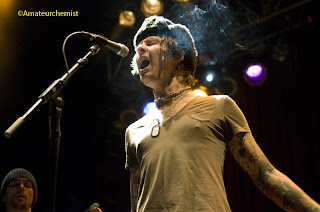 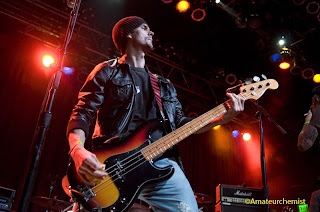 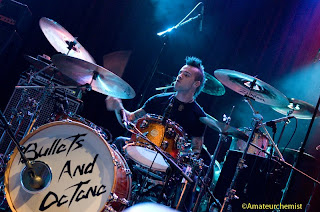 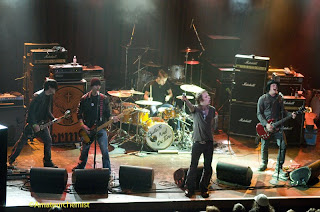 Local favorites Bullets and Octane brought out their hard driving rock tunes to get the crowd warmed up. It turns out that Page Hamilton from Helmet produced their second album In The Mouth of The Young. Gene Bullets (Vocals) clutched a cigarette in his hand as his smoky voice complemented the double Gibson guitar assault for "Going Blind". Bullets and Octane played an eleven song set closing with "I Ain't Your Savior". A fair sized contingent of their fans cheered them on in front of the stage. 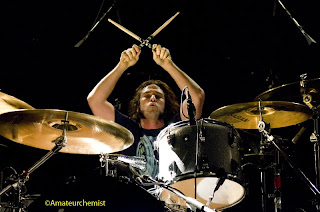 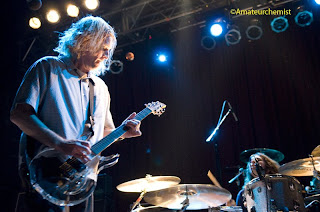 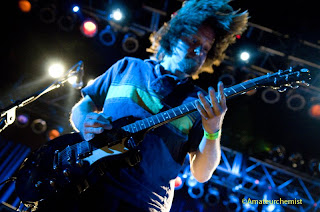 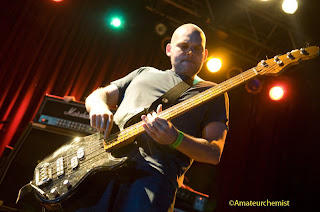 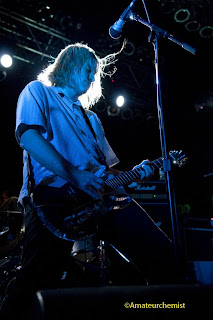 If Black Sabbath surfed all day, skated in the afternoon and lived in Southern California they might have been Fu-Manchu. I have missed a few Fu-Manchu shows at the Detroit Bar and was eager to finally catch their super fuzzed out jams. I was also interested in watching Scott Reeder (Drums) demolish the drum kit as he used to drum for Costa Mesa legends Smile.

"California Crossing" was bombastic as the fuzz was turned up to eleven. Scott Hill (Vocals/Guitars) had a fleet of clear Ampeg guitars plugged into his Marshall TSL amplifier head. Bob Balch (Guitars) had a First act guitar plugged into his Marshall stack. Bob was also responsible for triggering the super sloshing swirl of phase from his MXR phaser 100. "King Of The Road" roared like modified Chevy El Camino as Brad Davis (Bass) and Scott Reeder were rhythmically locked in. Fu Manchu also did threw in a few moments of Slayer which was quickly pointed out by my brother. I will have to check out their latest release We Must Obey which has a cover of The Cars "Moving In Stereo". 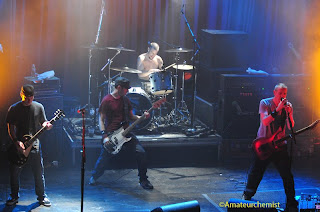 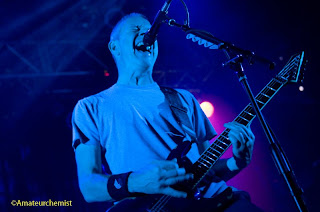 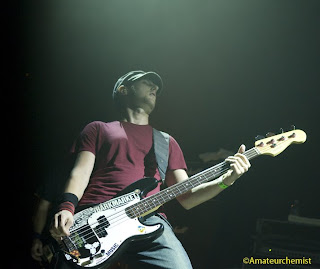 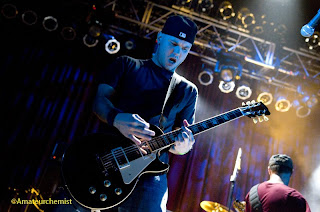 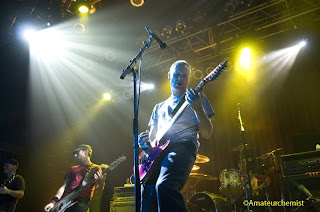 The crunchy guitar chords of "Pure" quickly confirmed my suspicions that Helmet would play Aftertaste in its entirety. I was impressed how well rehearsed Helmet was during their Viper Room show on Halloween. Helmet sounded even better blaring through the House of Blues soundsystem.

Dan Beeman (Guitars) had his Gibson Les Paul plugged into a Marshall amplifier while Page Hamilton (Vocals/Guitars) was able to have two VHT half stacks on the larger stage. I also spotted an Eventide Time Factor added to Page's pedalboard. Jon Fuller (Bass) nailed the slinky bass line breakdown for "Exactly What You Wanted". "Insatiable" and "Crisis King" were outstanding as they are some of the sharpest riffs in the Helmet catalog.

The band left the stage after completing all of Aftertaste and returned to the stage to take requests from the audience. "Wilma's Rainbow" from the album Betty elicited a large number of cheers from the crowd as it was executed flawlessly. Page mentioned he named the track "Ironhead" after Craig Heyward of the New Orleans Saints. I should also note that Page tried to cram as many songs in until the curfew as they exited with "Milktoast". Helmet will stop by the House of Blues San Diego along with Fu Manchu on December 10th and I speculate they may play all of Meantime.

I know you are a huge Helmet fan. Page was in Alaska last week and I've posted a write-up here. Check it out if you're interested.