Magnetic Morning at the Roxy Theatre 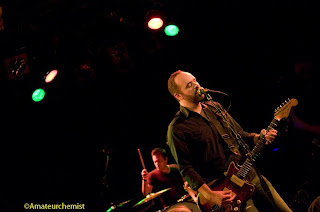 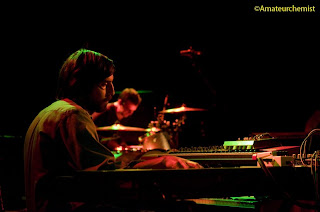 The reunion of Swervedriver at the Henry Fonda back in June was one of the top shows of the year. As an admirer of Adam Franklin's guitar playing, I was very intrigued when his collaboration with Sam Fogarino from Interpol was introduced as Magnetic Morning. The addition of Jimmy Lavelle on keyboards from The Album Leaf sealed my interest in the project as I ventured out to the Roxy to see Magnetic Morning's Los Angeles debut. 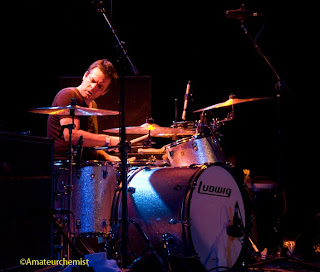 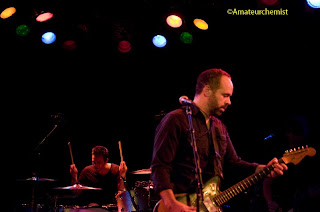 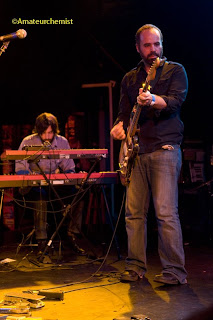 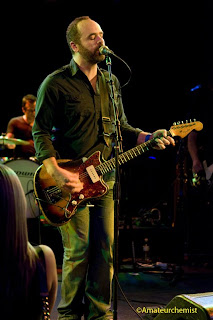 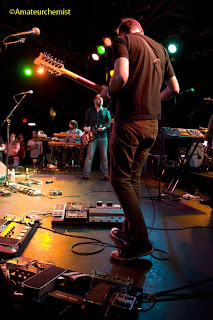 My ipod had worn out Magnetic Morning's debut self-titled EP that was released back in October 2007. Adam Franklin's sonically precise guitar washes combined with Sam Fogarino's steady backbeats quickly revealed a strong chemistry. Their full-length album A.M. was available at the show and shows a broader range of musical influences that nicely tie together.

The quiet guitar chords of "At A Crossroads, Passive" may lull you to sleep but soon jar your senses as Adam unleashed squalls of feedback before reigning in his guitar tone back to normal. Jimmy Lavelle had an assortment of Nord keyboards to layer their sound as Josh Stoddard (Bass) and Blasco (Guitars) completed the line up. "Indian Summer" may seem like a simple tune but upon closer inspection the floating keyboards and discreetly played rhythm guitars reveal so much more as all members are integral parts to the song. I did recognize the hypnotic translucence of "Don't Go To Dream State" that lives up to its song title with its dreamy tremolo guitars.

Adam's characteristic guitar jangle turned propulsive during for "The Way Love Used To Be". The bouncing keyboards of "The Wrong Turning" perfectly framed Adam's whispered vocals. Blasco used an Electro Harmonix Pog pedal on his guitar for the metallic overtones of "And I Wonder". If you are a fan of The Album Leaf, Interpol or Swervedriver, then I can't recommend their new album any higher as it blends elements of all three bands into a true super group.
Posted by Amateur Chemist at 5:07 PM