Annuals and Minus The Bear at the Henry Fonda Theater 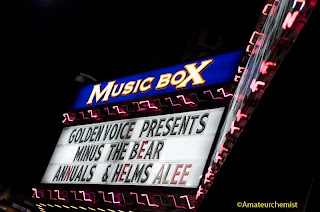 The Henry Fonda theater was bustling on Sunday night as a diverse group of bands had assembled. My primary objective was to catch up with Annuals who impressed me back in December of 2006 when they played to a packed house at Spaceland. I was also curious about Helms Alee who is signed to Hydrahead records. As I don't own any of their albums, Minus The Bear were the wild card of the night. 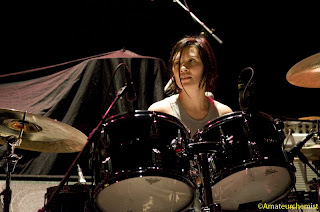 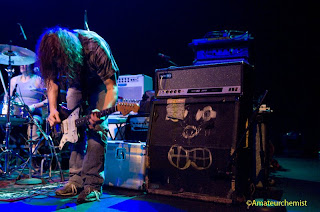 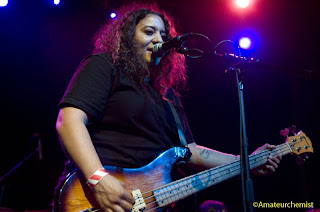 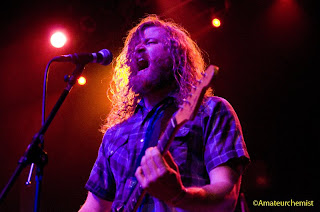 I have to tip my hat again to Inflight At Night for the heads up regarding Helms Alee. It didn't take long for me to appreciate the fractured heaviness of Helms Alee. Ben Verellen (Vocals/Guitars) sounded as fierce as he looked playing his Fender Jazzmaster through a Sunn Amplifier. Ben seemed to have three main shades of guitar tone (Jangle, Heavy and Beyond Heavy) as they sounded like a cross between Archers of Loaf sprinkled with elements of Slayer.

I will be checking out their album Night Of Terror. "Left Handy Man Handle" is a good example of Ben's jangly guitars as he weaves an intricate sonic pattern that devolves into a storm of fuzz. Dana James and Hozoji Matheson-Margullis are a potent rhythm section holding down the bass and drums. They have been added to my must see again list. 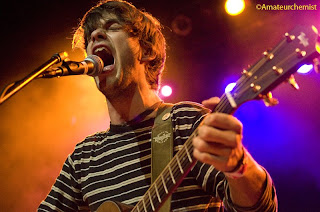 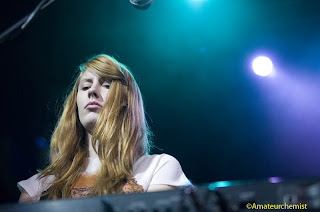 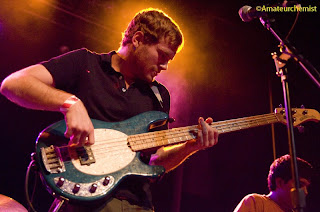 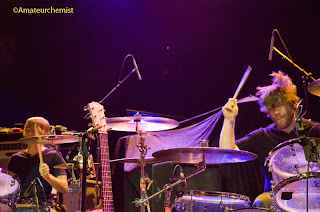 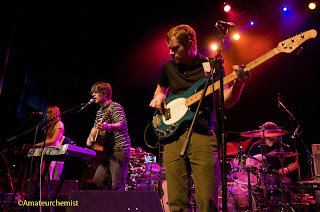 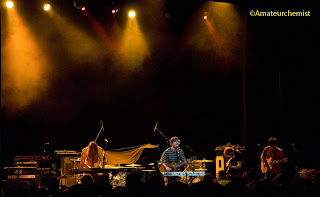 The Henry Fonda started to fill out as the Annuals were set to play. Such Fun is their sophomore album that expands upon the impressive debut album Be He Me. Annuals seemed at home on stage as they had plenty of room for their six members.

The wistful acoustic guitar notes of "Brother" kicked off their set as Anna Spence (Keyboards/Vocals) triggered the lush strings on her Korg keyboard. Adam Baker (Vocals/Guitars) is the focal point of the band with his impassioned performance. "Brother" slowly shape shifts going from lush ballad to an overdriven fast paced soaring anthem. Donzel Radford (Drums) switched from delicately tapping on his cymbals to a full-bore bashing maniac. "Confessor" was hypnotic with its psychedelic guitars underpinning Adam's vocals. Random samples of dialogue were integrated into the opening of "Complete or Completing" as a ragtime piano riff accompanied the bluesy overdriven guitars. Mike Robinson (Bass) reminded me of Flea from the Red Hot Chili Peppers with his animated style of bass playing.

Annuals dived head first into alt-country with a whiskey soaked version of "Always Do". "Springtime" was an epic call to arms with its sing along chorus. "Sore" from their Wet Zoo EP was took things down a notch but perfectly set the stage for "Down The Mountain". "Hot Night Hounds" closed out their forty minute set. The Annuals will be back on February 19th at the Troubadour along with What Laura Says. Stream their song "Confessor" here while you watch the video here. 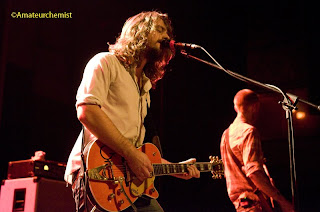 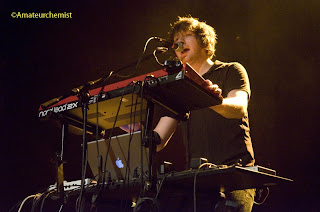 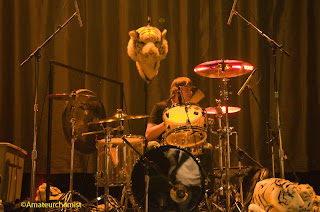 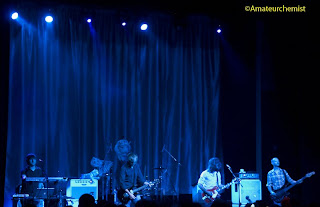 It was a small cadre of guitar pedals on stage for Minus The Bear. Line 6 must sponsor them as they had 4 or 5 Line 6 delay pedals on stage for their knotted delay looped jams. Ironically, Minus The Bear recently released Acoustics, which are acoustic interpretations of their songs. Minus The Bear would later perform a trio of acoustic songs "Pachuca Sunrise", "We Are Not A Football Team" and "Guns & Ammo". Alex Rose (Synthesizers) had a nice little setup with Nord Lead 2x and an Apple Laptop with a keyboard controller to add various noise washes to the songs. I didn't recognize too many of the songs but it reminded me a little bit of Pinback mixed with Death Cab For Cutie. Minus The Bear will be heading down to Australia for a short tour.
Posted by Amateur Chemist at 5:22 PM