Nine Inch Nails at the House of Blues Atlantic City 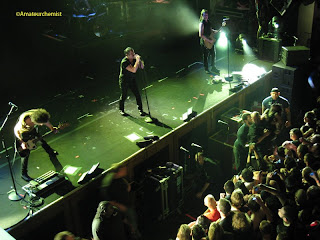 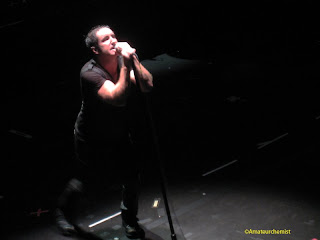 My vacation to Atlantic city happened to coincide with a Nine Inch Nails special club performance at the House of Blues Atlantic City. I missed a slew of good shows in Los Angeles but was treated to a memorable show from an energized Nine Inch Nails. 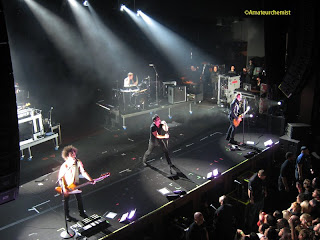 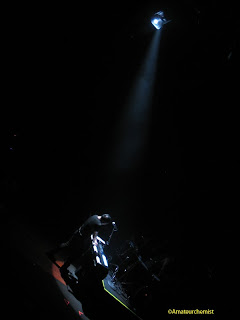 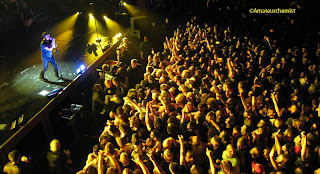 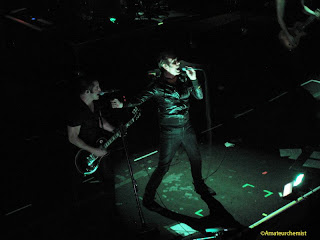 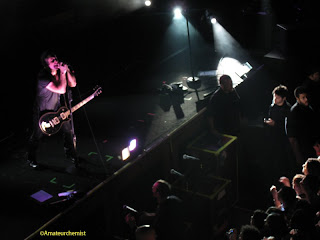 Since I was on "vacation" I didn't take too many notes about the show. I vividly remember Robin Finck's ear bleeding solo for "Piggy". The surprise of the night was when Peter Murphy from Bauhaus added some extra spookiness to "Reptile". It reminded me of how disappointed I am that Bauhaus broke up again. The lighthearted moment of the evening was when Trent Reznor (Vocals/Guitars) lamented how he had apparently messed up the lyrics in the breakdown of "Closer". Luckily, a fan helped Trent out by repeating the correct lyrics when he was tossed the microphone. Trent would later incorporate the lyrics into "Discipline" to the delight of the audience. I need to scour Youtube for the video of "Down In It" as I can't remember hearing a better version live. Congratulations are in order for reader Mel as she caught the elusive Trent Reznor hand tossed tambourine.

Nine Inch Nails is winding down their second leg of the tour and I will catch the final two dates at Arco Arena in Sacramento on 12/12 and at the Planet Hollywood Resort on 12/13. It also should be noted that powerhouse drummer Josh Freese will be leaving the tour which is another reason to catch these shows. If you happen to travel to Atlantic city, check out the Trinity Irish Pub. I ordered the Bangers and Mash as a tribute to the B-side from Radiohead's In Rainbows.

Question, did they use the full stage/lighting setup @HoB?

I'll also be there @PH and am curious if all that gear will fit into the theater.

Nice pix from the balcony, and thanks for the note about brooklyn vegan.

They did not use any of the drop down LCD screens at the HOB. The venue at Planet Hollywood is large enough for the full production.