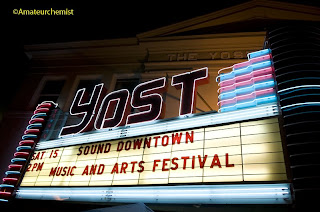 Despite the blazing fires in the hills of Orange County and the flakes of ash visibly floating in the air, SoundDowntown was a success. SoundDowntown was an all day festival held at multiple venues in downtown Santa Ana. The lineup was as ecclectic as the city of Santa Ana offering a large number of bands from a wide range of musical genres. 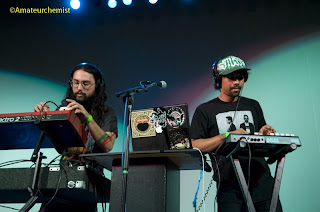 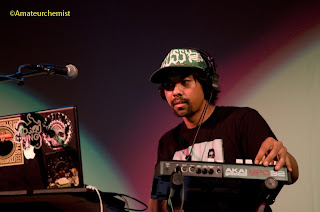 A storm of electronic beats and blips greeted me as I walked into the Yost Theater. Free The Robots were in the midst of their mind expanding set. Chris Alfaro was furiously tapping out beats and samples on his Akai MPC system while Phil Nisco was behind the keys of his Nord Electro 2. I remembered seeing Phil before during his last show at the Detroit Bar with Northern and was impressed with his abilities on the keys. Vintage Jazz and Heavy Metal collided as if they were being tested in a large hadron collider. An excellent way to start the evening. 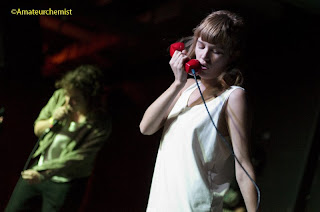 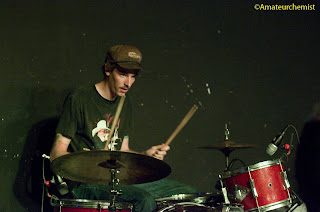 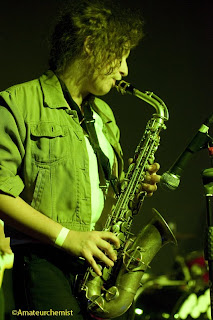 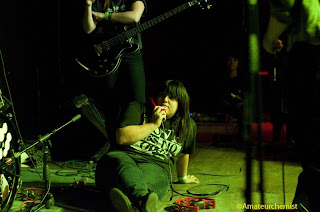 It was a 2 minute walk from the Yost to the Festival Hall to observe the musical madness of Mika Miko. My last encounter with Mika Miko was when they played with YACHT at the OCPAC. The darkened festival hall made a perfect setting for the lo-fi fractured rhythms of Mika Miko.

Jennifer Clavin (Vocals/Guitars) blasted out vocal jabs in her red telephone microphone as Jenna Thornhill (Vocals/Saxophone) piled on her shouting vocals when she wasn't slaying on the saxophone. Mika Miko played a way too short 30 minute set but did manage to blast through "Keep On Calling" and "I Got A Lot". 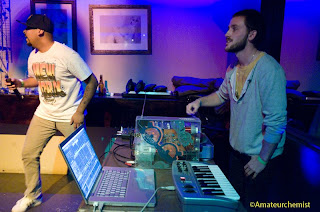 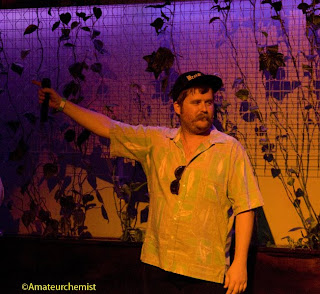 A four minute walk placed me in front of the Proof Bar to soak up the positive hip-hop beats of the Sparrow Love Crew. Burgertime is their sonically delicious EP that is guaranteed to get your party started. Sparrow Love Crew constantly have been tweaking their songs by adding more hooks to their catchy jams. "Naidu" and "Nightlife" turned some heads at the Proof bar as DJ Opi Styles manned the 1's and 2's. I heard rumors of a new mixtape and some new material being recorded which should help widen their audience. I think if they played SxSw they gain a vast amount of notoriety. 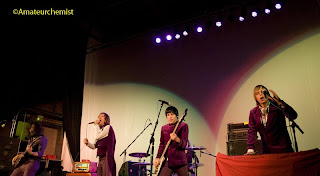 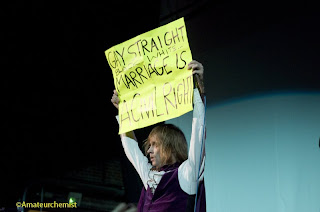 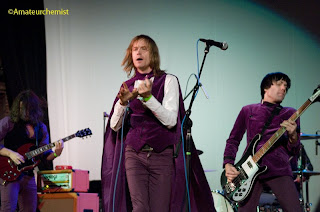 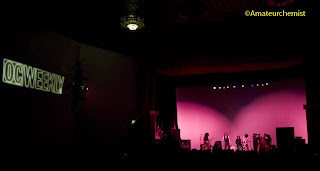 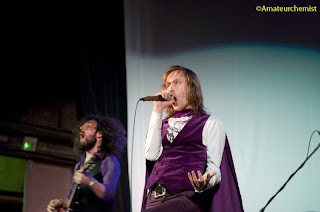 What do Slayer, Neil Diamond, The Dixie Chicks and The International Noise Conspiracy have in common? The answer would be production credits by the esteemed Rick Rubin. The Cross of My Calling is the new rambuncous album from the self-proclaimed Socialist garage punk rockers.

Dennis Lyxzén (Vocals) didn't stop moving as he energetically paced the stage. It was a matter of seconds before he grabbed a sign from the audience that referenced the controversial decision of Proposition 8. "The Assassination of Myself" from their new album seethed as Inge Johansson (Bass) wielded his Rickenbacker bass as a weapon of dissent. The Yost Theater is primarily a seated venue but a large number of folks had amassed in the pit raising their fists while singing along. It didn't take long before they gun blasted through a handful of politically charged songs.

I already hear rumors of another SoundDowntown in 2009. If they continue to curate ecclectic line-ups and keep prices reasonable, this festival has the potential to reinvigorate the festival concert scene in Orange County.
Posted by Amateur Chemist at 8:40 AM