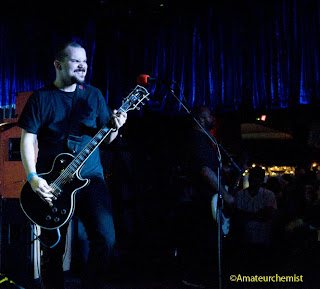 If the Deftones had not played Spaceland earlier this year, this would have easily been the heaviest show of the year at Spaceland. A monstrous combination of Clouds, Black Cobra and Torche pummeled an audience of longhaired devotees. I momentarily wished for long hair so I could have joined in the throng of head bangers. 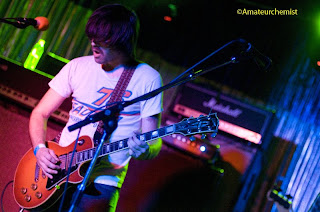 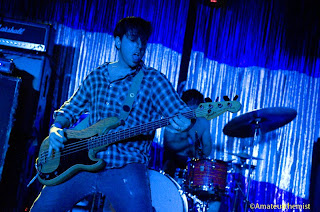 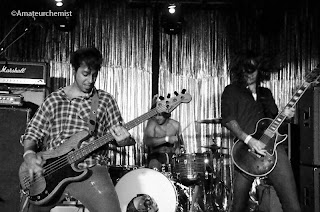 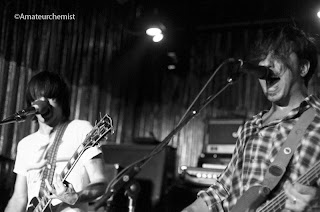 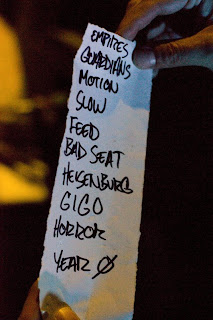 There was nothing fluffy or light about the Clouds. When I saw an amplifier being wheeled onstage stamped with "Cave In Boston", the picture came into view. It turns out Clouds is co-fronted by Adam McGrath who used to play guitar in Cave In. Their cheeky titled new album is We Are Above You

The slow sludgy riffs of "Empires In Basements" methodically trudged while Adam and Jim (Guitars) punished their Gibson Les Pauls. "Feed The Horse" mixed up the tempo with a pile-driving beat. The vocal duties in the band are rotated between Adam, Jim and Johnny (Bass), which kept me interested and overall changed the dynamics with each song. "Heisenberg Song" represented another sonic shift as it ventured into Bad Brains hardcore punk territory. There were no similarities to Nine Inch Nails as they blasted through "Year Zero". Clouds definitely brought the thunder. 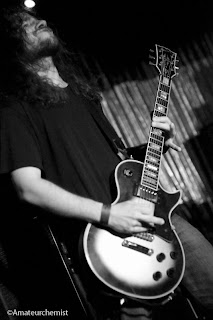 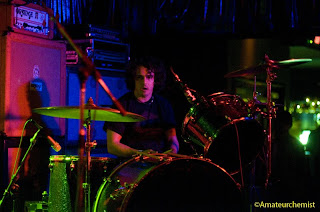 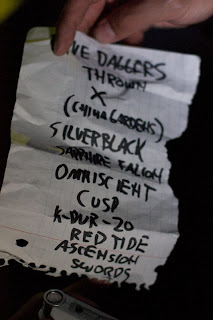 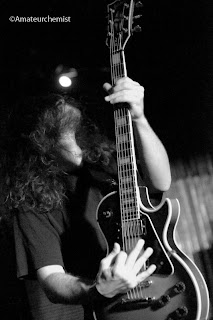 Black Cobra made a ton of noise for a two piece band. Jason Landrian (Guitars/Vocals) handled the low and lower end as his guitar signal was split into a guitar and bass amplifier for a gigantic sound. Rafael Martinez (Drums) looked like he was drumming with four drumsticks due to the speed of his attack. Feather and Stone is the latest poisonous dosage from Black Cobra.

"Five Daggers" was devastating as Jason crushed the opening riff for an extended period of time accented by Rafael's hyperkinetic drumming. A fury of drums and guitars roared for the opening of "Thrown From Great Heights". It sounded like Minor Threat was in the mosh pit with Mastodon. It should be noted that Jason was playing a Gibson Les Paul Silverburst possibly channeling some of Adam Jones's riffs from Tool. "Omniscient" could be the soundtrack to the apocalypse with its dirge like guitars and drums. Black Cobra gets the medication song title award with "Kay-Dur-Twenty" which is the brand name for potassium chloride twenty miliequivalents. 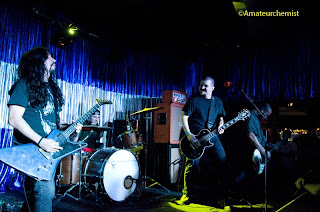 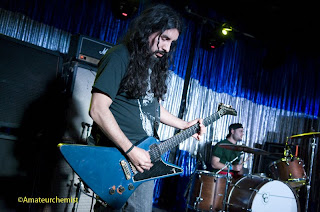 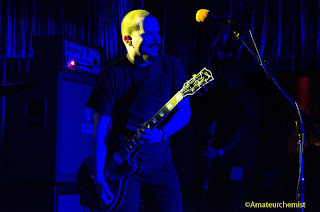 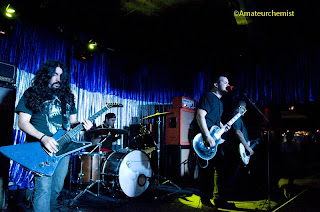 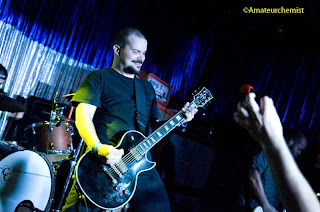 In terms of full disclosure, I must give credit to Inflight At Night for expanding my musical database with Torche. Meanderthal has been my latest go-to metal tinged album. The whole album is extremely solid and melodically mixes elements of punk, thrash, space rock and heavy metal.

A Marshall stack was on the left side of the stage as Juan Montoya (Guitars) pulled out his blue Gibson Explorer. Steve Brooks (Vocals/Guitars) had his Gibson Les Paul plugged into an Orange amplifier to complement Juan's tone. The vocals were mixed a little low but that could also be attributed to the loudness of the guitar amps. "Piranha" packs a sharp bite with its start stop introduction before diving into a bone crushing palm muted riff. Torche doesn't mess around as the song barely clocks in less than two minutes. Another two minute gem is "Healer" which displays Torche's stranglehold on melodic metal with the blazing guitar line appearing at the forty-five seconds mark.

"Speed of The Nail" was executed at a break neck pace as Rick Smith (Drums) earned his paycheck blistering his drum kit. It was entertaining to watch Steve play guitar as his facial expressions mimicked the heaviness of guitar playing. "Fat Waves" might be my favorite track from them as it borrows the melody of Down By Law, a screaming octave breakdown of Hum and the heaviness of Mastodon. Juan also employed two Line 6 delay pedals for his delay soaked solo during "Amnesian". It seemed like seconds when Torche thanked the crowd to conclude the evening, but I won't hesitate to see Torche again when they come through town.
Posted by Amateur Chemist at 12:00 PM