Shudder To Think and Jubilee at the El Rey Theatre

After venturing out to Chino to see Jubilee rock the Meeting of the Minds Art and Music Festival, I wanted to see their official Los Angeles debut at the El Rey Theatre as they opened for the recently reunited Shudder To Think. 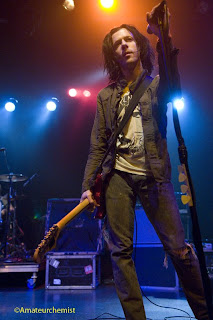 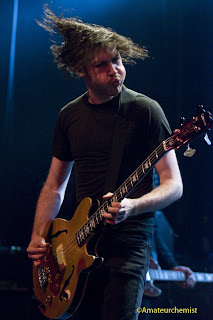 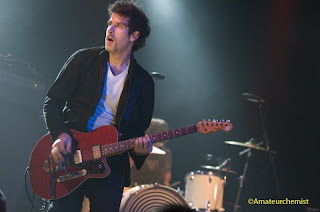 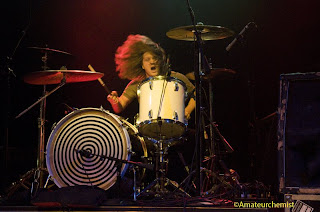 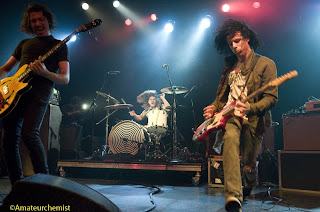 I ended up dropping some coinage at the Jubilee merch booth. I couldn't resist the clear/red vinyl copy of "In With The Out Crowd". I should probably go ahead and pull the trigger on getting a subscription of Jubilee's music over at Topspin Media where you can get the vinyl, cd's and a bunch of exclusive stuff. "I Don't Have An Excuse, I Just Need A Little Help" kicked off Jubilee's set as Michael Shuman (Vocals/Bass) and Aaron North (Vocals/Guitars) harmonized on the vocals.

Aaron had his assortment of Hagstrom and Fender guitars in his arsenal as well as a fully functional pedal system that allowed him to focus on causing havoc on stage. Michael Shuman introduced a Jack Casady Epiphone Hollowbody bass into his growing arsenal of Gibson basses. The hazy smoke guitar notes of "Fool On The Pill" lingered at the El Rey as the song benefitted by the synergy of Jeff Lynn's guitar washes and Aaron's textural playing. Aaron did thank the crowd for coming out to their "Frown Town" debut. The hard driving "Pioneers Get Shot With Arrows" was a great segway into "Those Poor Devils". The gut rumbling frequencies of "Fuzz Are Down" knocked me off my feet as Jubilee closed out their set. I will be looking out for their full length album when it comes out. 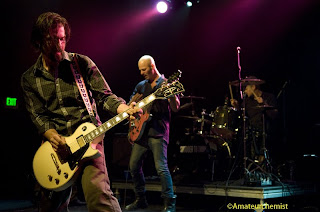 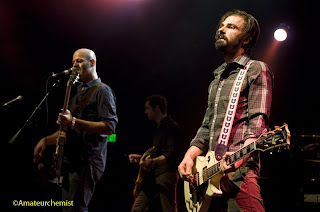 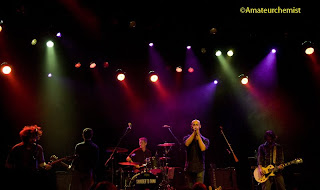 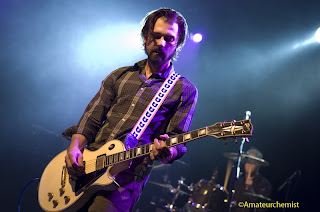 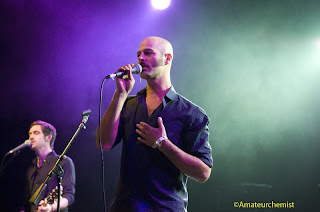 It took me awhile to dust off the cobwebs, but I do remember seeing Shudder To Think in 1994 at Lollapalooza in San Diego. It was a crazy show as I remember the crowd going insane for The Beastie Boys, the Breeders left the stage after two songs because people started to throw mud and the Smashing Pumpkins were at their fiery best.

Craig Wedren (Vocals/Guitars) sounded just like I remembered as he hit every note for "Red House". Nathan Larson (Guitars) had his trademark white Gibson Les Paul starting and stopping for the dissonant classic tune "Hit Liquor". My original exposure to Shudder to Think was the song "Gang Of $" featured on Tonnage compilation. "Gang of $" sounded very nineties which is a good thing but moderately retooled in the live format. "X-French Tee Shirt" was a minor hit for Shudder To Think which is intriguing due to its unique time signature. Craig had some problems with his guitar before tackling the "Ballad of Maxwell Demon" which made him quip he felt like Lil Wayne on Saturday Night Live. Shudder To Think ended their short reunion tour but it seems they have more tricks up their sleeves.
Posted by Amateur Chemist at 4:32 PM