Everest and Henry Clay People at the Echoplex

It was an impressive turnout for the reboot of Indie 103.1's Check One.Twosdays at the Echoplex last week with Earlimart and the Afternoons. This week boasted another strong assortment of bands with Nico Stai, The Henry Clay People, Everest and Dazzler. 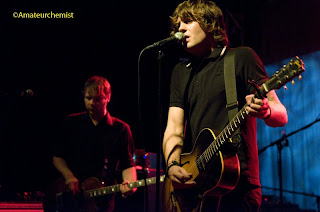 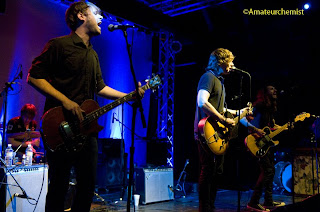 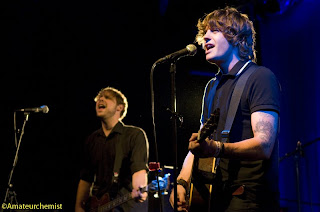 After a prolonged soundcheck, The Echoplex opened nearly thirty minutes late to throw off the evening's festivities. Luckily, it didn't take too long for before Nico Stai hit the stage. It has been quite awhile since I saw Nico Stai earlier this year at the Paul Gleason Theater. The Victory Of Miss Friday How To Bury Your Heart and Five Songs To Die For is the longest titled EP of the year and contains five songs.

The weathered jangle of "You Came Around" filled the Echoplex, as Nico seemed more comfortable with his full backing band compared to his stripped down performance at the Paul Gleason Theater. "Covered Too" was another propulsive guitar jangle jam accented with Nico's smokey vocals. Nico Stai will be opening for the Movies during their Spaceland Residency on December 15th. 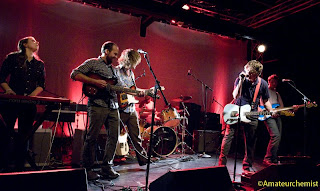 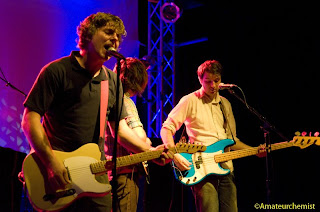 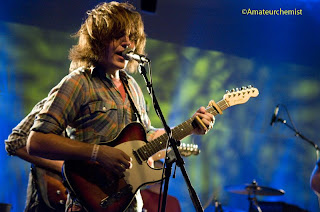 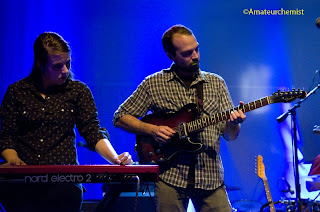 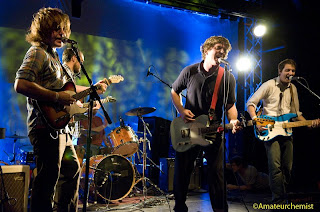 I regretted not attending the Spaceland record release party for The Henry Clay People. One can almost smell the whiskey in the air that permeates from their new album For Cheap or For Free released by Aquarium Drunkard's record label Autumn Tone.

The ragged guitars of "Rock and Roll has Lost Its Teeth" had plenty of bite as the Henry Clay People delivered a large helping of boozy rock. Joey Siara (Vocals/Guitars) was switching between two homemade Fender Telecaster shaped guitars while Andy Siara (Guitars) was in full rock twang mode on his Fender Telecaster.

"This Ain't A Scene" had Andy coming up with the bluesy metal slide riff, as the song could easy fit on a Tom Petty record. An extra speedy version of "Working Part Time" convinced me that the Henry Clay People need to be packaged on a national tour to take their message to the masses. The Henry Clay People will join up with the Pity Party for a New Year's Eve show at Spaceland that is guaranteed to start your 2009 on the right foot. 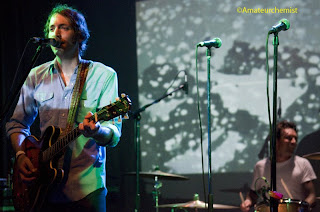 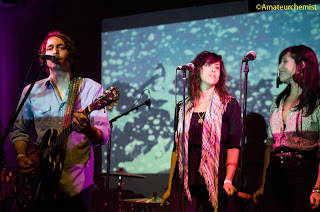 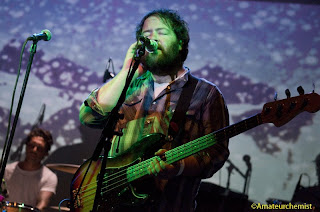 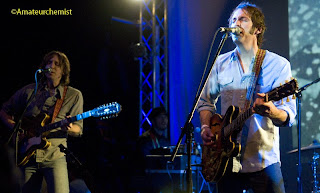 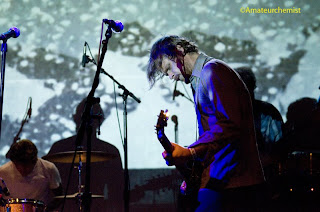 It might be an understatement to say that Everest has had a whirlwind year. Their year started quietly by opening up for The Parson Red Heads during their residency at Spaceland. Everest would later open for the Radar Bros at the Echo in February. I also caught their prior appearance during a Check One Two show at the Viper Room in May. Everest would later tour with My Morning Jacket and Neil Young.

Ghost Notes will be criminally overlooked on many best of lists for 2008. An animated backdrop of falling snow juxtaposed the warm guitar tones of "Stumble Waltz". Jason Soda had a drool worthy twelve string Epiphone hollowbody guitar that cemented their way of sound. The soft twang of "Trees" was hypnotizing, as Russell Pollard (Vocals/Guitars) seemed to be happy to be playing in front of a hometown audience. Everest was extremely well rehearsed and worthy of their opening slot for Neil Young.

It was a nice surprise to see the Watson Twins assist Everest as Jason and Russell used to perform in their band. There is a reason why "Rebels and The Roses" has 62,000 plays and counting. Your extra credit homework assignment is to give it listen, preferably with headphones. Everest will be playing the El Rey Theatre with Delta Spirit on January 16th and I suggest you get your tickets soon.
Posted by Amateur Chemist at 9:00 PM