Motorhead at the House of Blues Anaheim 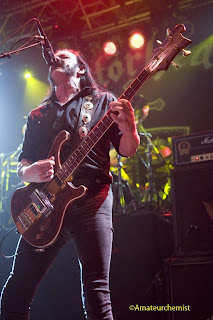 If you were to make a shortlist of iconic heavy metal icons, Lemmy from Motorhead would most definetely be included on the list. I still remember watching the video for "Ace of Spades" on the old eighties music video show Night Flight on the USA network and being completely blown away. Motorhead was joined by Valient Thorr and Year Long Disaster for a cross country tour put together by Volcom. 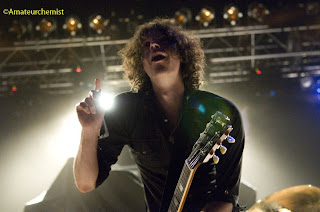 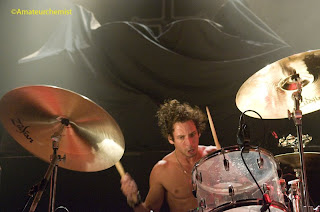 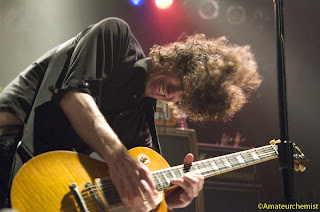 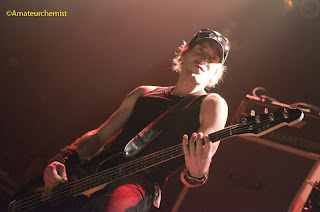 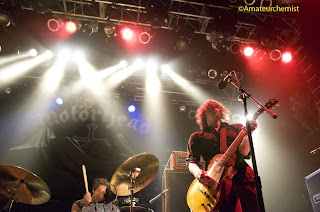 I enjoyed Year Long Disaster when they opened for The Cult at the Grove of Anaheim. Daniel Davies (Guitars/Vocals) was windmilling his Gibson goldtop Les Paul as he led the band through their sludgy rock anthems. "Leda Atomica" rambles like a true rock n' roll song should with its rollicking riffs and steady beats. "Per Qualche Dollaro In Piu" was a hard driving late night bruising juggernaut with heavy palm muted guitar riffs. Daniel has come along way since I saw him open for Helmet at the Viper Room in January of 2007.

His stage presence is galvanizing as he moves through an assortment of guitar windmills and crouched over searing guitar solos. I wasn't surprised to see they recently opened up for the Foo Fighters after Dave Grohl was impressed by their live show. Year Long Disaster recently contributed "Running Free" to an Iron Maiden tribute album that demonstrates Daniel can hit the high octaves. I am awaiting the release of their sophomore album. 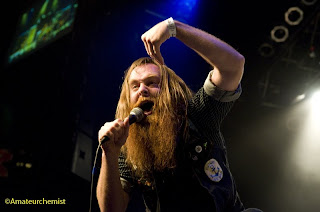 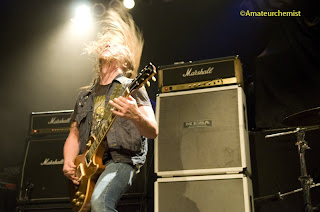 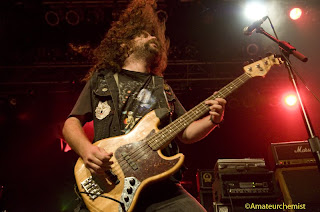 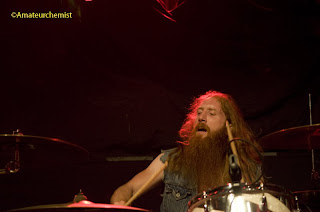 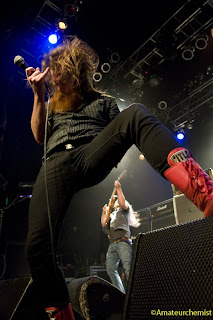 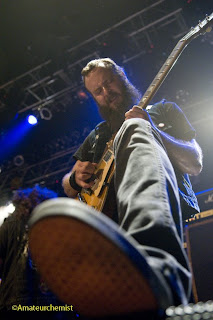 I quickly regretted missing prior Valient Thorr live shows after the first few minutes of their chaotic set. It was fast, frantic and frenzied fusion of punk and metal anthems. Valient Himself (Vocals) was whipping his hair around as he immediately jumped down into the pit to get the crowd more into the show. Valient Thorr recently released IMMORTALIZER which does its best in harnessing the lightning in a bottle energy of a Valient Thorr live show.

"No Holds Barred" lived up to its namesake as a mosh pit broke out at the House of Blues Anaheim. Eidan Thorr and Voiden Thorr mounted a double Gibson Les Paul assault on the crowd powered by their Marshall stacks. Valient Himself even ripped into an impromptu version of "The Heat Is On" by Glenn Frey to a quizzical crowd. I couldn't help but laugh and cheer them on. Valient Thorr continue to tour all four corners of the Earth as they stop by the Detroit Bar on October 26 with Tweakbird. I will be adding that show to my calender soon. 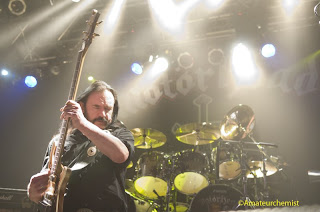 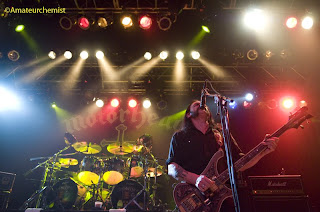 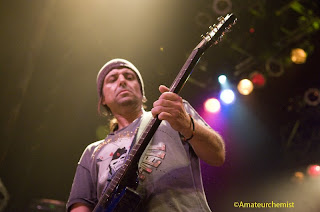 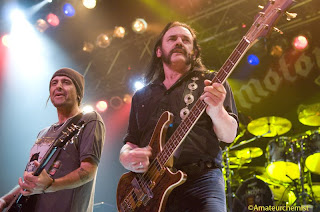 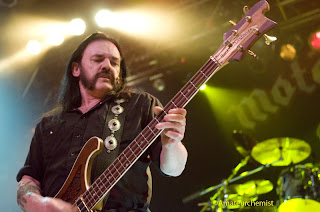 Motorhead is one of the classic heavy metal bands. I could have just heard "Ace of Spades" and been completely satisfied. Lemmy (Bass/Vocals) is the original king of the Rickenbacker bass and its earth shattering tones. The volume at Motorhead concerts has to be illegal. I overheard the stage manager mentioning the decibel level would top 135 and most rock concerts are 110. I would have used two sets of earplugs if I could.

Mikkey Dee (Drums) was perched high above the audience on his drum riser as he sent down deafening drum beats to the crowd. Phil Campbell (Guitars) fought hard to have his guitars turned up as loud as the bass and drums. Motorhead is supporting their new album Motorizer which is classic unwavering old school metal. "Rock Out" was reminiscent of the Probot song "Shake Your Blood" but retained that classic Motorhead sound. There wasn't a ton of guitar pedals or special effects. It was a tried and true heavy metal concert played expertly at maximum volume. I was disappointed that I didn't hear "Eat The Rich" but it was hard to complain after hearing "Ace of Spades" and "Overkill" back to back for an encore.
Posted by Amateur Chemist at 4:36 PM