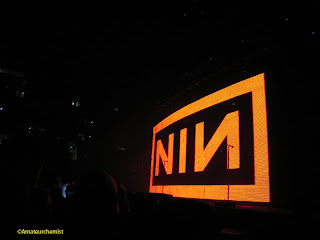 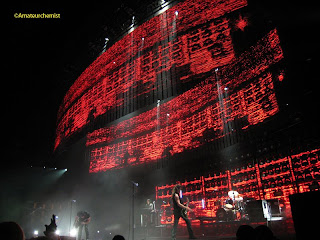 My vacation to Oklahoma, Houston and Dallas still had me buzzing for more Nine Inch Nails shows. I was sad that A Place To Bury Strangers weren't opening the California dates but was intrigued to see what Deerhunter had to offer.

Deerhunter had a trio of guitars that droned as they worked through a selection of tunes from Microcastle. Bradford Cox (Vocals/Guitars) was torturing his Fender Jazzmaster against the propelling bass notes of Josh Fauver. Whitney Petty (Guitars) had a Gibson hollowbody to add to the layers of guitar wash. I didn't catch any specific song titles but was interested in seeing them again at the Forum. 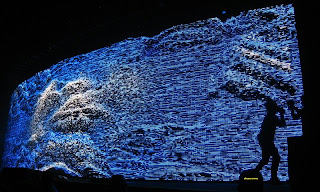 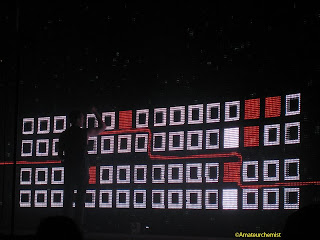 I think there is a correlation to Trent Reznor's anger and good Nine Inch Nails shows. Trent seemed to be extra edgy on this particular night throwing microphone stands and keyboards at the LCD screens. One could tell early on that this night was going to be fiery. 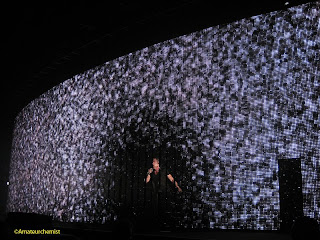 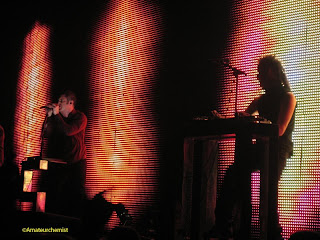 I also spotted the legendary Don Buchla roaming on the floor which quickly explained why a sweet Buchla 200e system was situated in Alessandro Cortini's keyboard rig. I didn't hear too much of the Buchla in the set except for "Letting You" which had some demonic filters running through the song. 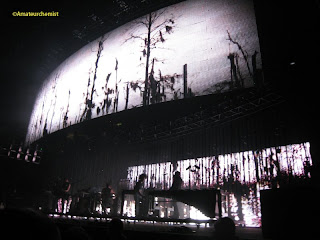 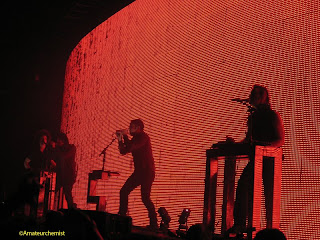 "Vessel" and "The Warning" were stunning with lights carefully coordinated to the acid laced drum beats. There were no particular setlist surprises in the show but "Head Like A Hole" was particularly violent on this night. I also should mention "Ghosts 31" has climbed the ranks as one of my favorite tracks from Ghosts I-IV. The closing of their set with "In This Twilight" is flawless and serves as the visual highlight of the night. If you look closely, you can spot a trio of lights that serves as the logo for the "Lights In The Sky" tour momentarily before it flashes into darkness. Their second leg of the tour is coming and apparently will be updated. I am thinking about hitting the Sacramento and Las Vegas shows with the option of maybe taking another "vacation".
Posted by Amateur Chemist at 12:00 AM

Take a midwest vacation! I'm set on Cedar Rapids (for sure) and Grand Rapids (pending pre-sale) but if I've got a show buddy I'm always up for more shows. :D Plus I'd imagine the shows are less busy that major city venues?