Mogwai at the Wiltern 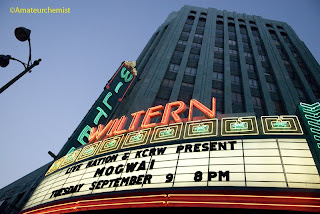 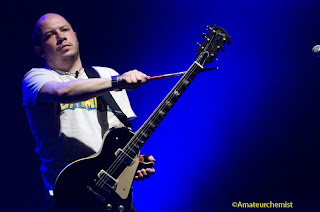 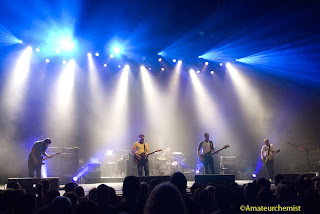 I went to quite a few shows before starting Amateur Chemist. One particular show I will never forget is seeing Mogwai at the Knitting Factory perform "My Father My King" in its epic ear shattering glory. Mogwai quickly reminded me why I bring earplugs to shows as they turned it up to eleven. 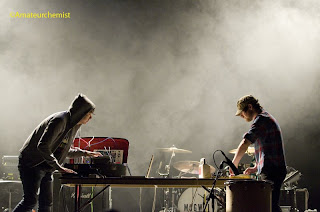 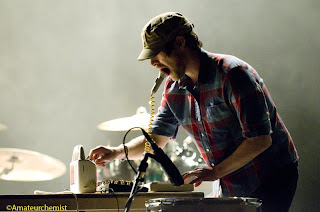 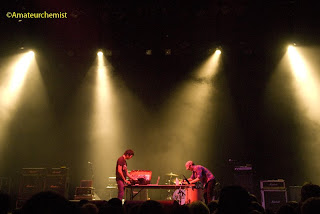 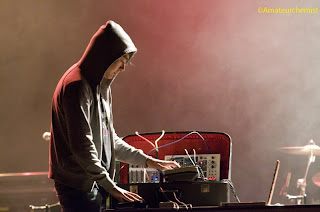 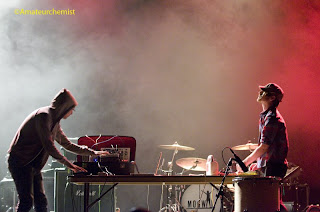 F*ck Buttons really impressed me earlier this year when I saw them with Caribou at the El Rey theater. Street Horrrsing is fifty minute sonic voyage that crosses through multiple post apocalyptic soundscapes. F*ck Buttons consists of Benjamin John Power and Andrew Hung crouched over toy keyboards, a drum machine, an Apple laptop, and various keyboard controllers to create their maelstrom of noise. F*ck Buttons just released Colours Move EP which has a new remix of "Sweet Love For Planet Earth".

"Sweet Love For Planet Earth" played like the calm before the storm as some dark mangled synthesizers roar in the background with dulcimer chimes filling out the sound. Benjamin had the toy microphone in his mouth at a point as he let out some guttural screams. "Ribs Out" was up next as Andrew grabbed his microphone and let out some hallowing screams as Benjamin pummeled his stand alone drum in a tribal beat augmented by him hitting the drum sticks together. "Colours Move" suffocated any conversation in the room as it renders the audience speechless. F*ck Buttons did a superb job of filling the Wiltern with sound and proving that they can play to larger audiences. 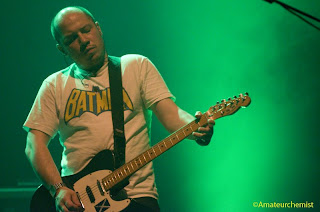 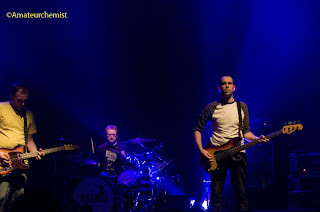 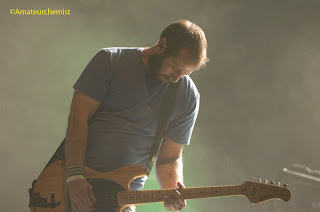 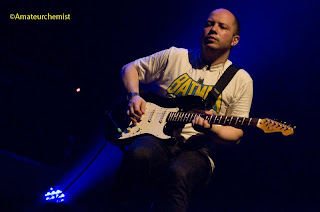 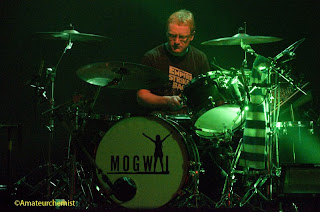 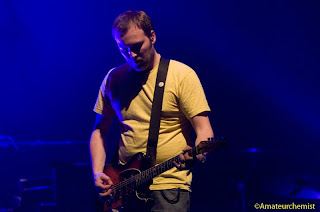 I didn't think it would get much louder then F*ck Buttons, but I forgot I was dealing with Mogwai. Batcat is the new EP featuring the title song that builds and implodes with distorted guitars and serves as an appetizer for their new full length album, The Hawk is Howling.

"The Precipice" from the new album opened the evening with Stuart Braithwaite (Guitars) quietly plucking his Gibson Les Paul before the hounds of hell are released in a tidal wave of distortion. Stuart momentarily grabbed a drumstick to bang on the neck of his detuned guitar for some hair rising tones. The mounting tension and build up of the song is methodically calculated. A piano fueled "Friend of The Night" from Mr. Beast momentarily brought the overall volume down as it also ebbed and flowed with the piano riff remaining constant.

Mogwai is predominantly instrumental and the lack of vocals is often wrongly mistaken for a chance for people to speak during the songs. I would like to give you a friendly reminder in concert etiquette that you should not speak during instrumental songs. Mogwai doesn't need vocals to convey their message.

"Thank You Space Expert" was another new track that assaulted your visual senses with a batch of rapid firing strobe lights. A twisted guitar lullaby smartly entitled "Hunted By A Freak" had its icy cold vocoder vocals and mangled organ sounds. Mogwai continued to roll out new songs such as "I'm Jim Morrison, I'm Dead" and "Scotland's Shame" that have to be experienced live in order to fully taken in the washes of guitars. The songs and notes weaved into each other as it was easy to be transported to another place. "We're No Here" though was the sonic highlight of the night that had members of the audience looking at each other in disbelief. I can guarantee that people lost their hearing on this particular night.
Posted by Amateur Chemist at 4:15 PM

On behalf of Wall of Sound / PIAS, Matador Records and Mogwai, many thanks for plugging “The Hawk is Howling” (release date 21st September) ... .. thanks also, on behalf of the artist and label, for not posting any pirate links to unreleased (studio) material and, if you / your readers want good quality, non-pirated, preview tracks, then full-length versions of “The Sun Smells Too Loud” and other, exclusive previews are available for fans and bloggers to post / host / share etc in the run-up to release at http://www.matadorrecords.com/mogwai/music.html ... .. do also check-out www.mogwai.co.uk and www.myspace.com/mogwai for news and info on the new album and the band’s 2008 shows.

Thanks again for your plug.