A balmy Saturday night was the setting for a trio of divergent bands to grace the stage at Spaceland. I seem to keep missing Lemon Sun who have been playing the local circuit for quite some time. I was also curious about The Pigeon Detectives who have a large fanbase in the UK. 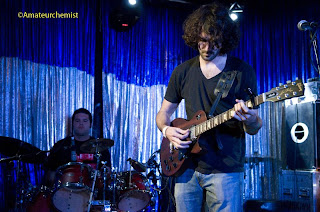 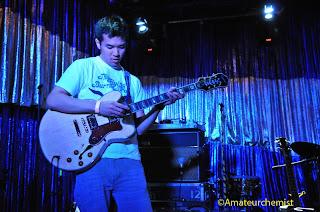 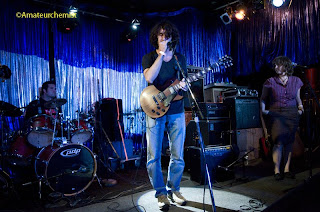 Free Lions unassuming took to the stage and announced they were happy to be at Spaceland. A curious two guitar setup with drums and two alternating singers. This unique arrangement was indicative of their melodic space tinged pop songs. Calvin (Guitars) had an Epiphone hollowbody guitar that howled when used an ebow to start off one of their songs. They have about 1056 profile views on their Myspace page and currently are working on an EP . Free Lions will be playing the Detroit Bar on October 14 as part of the free local band Tuesday showcase. 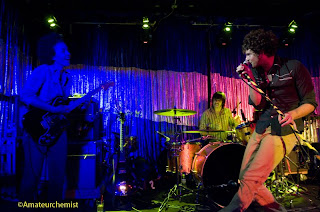 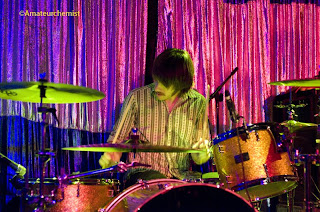 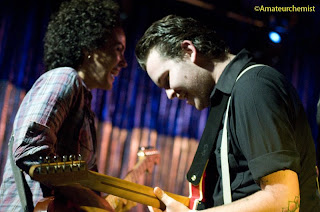 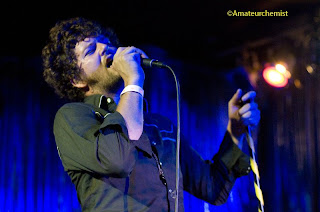 It clear that Lemon Sun came out of the gates with something to prove. An assortment of people started to shake and dance their way to the front of the stage which only gave the band more energy. "Congratulate Our Thievery" sizzled with an overdriven opening guitar line and hard thumping bass. It also didn't take long for the vocal harmonies and keyboards to nuzzle their way into the mix. A hard driving drumbeat combined with another weaving overdriven guitar line entitled "Run With The Faithless" raised the temperature a few notches. "The Thrill" slowed down things for a bit as the guitars went back and forth between clean and lightly distorted tones. Lemon Sun quickly ran out of time and the cheers for another encore were dashed when the house music went up. I potentially see a residency in their future. 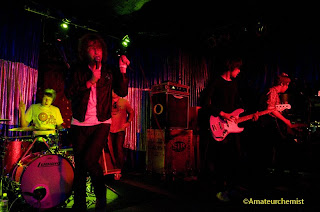 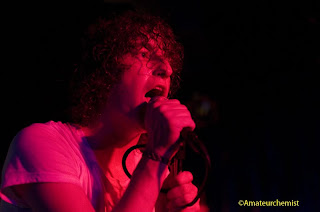 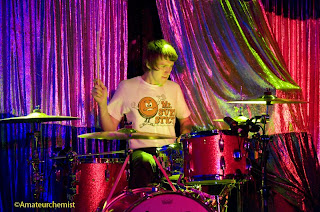 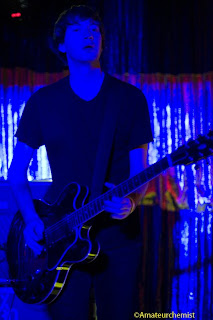 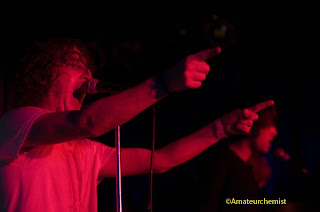 The Pigeon Detectives seemed confined by the smaller stage as Matt Bowman (Vocals) furiously paced the stage back and forth. "This Is An Emergency" was their opening track that musically fell in the same vein as Arctic Monkeys and The Strokes. The Pigeon Detectives are signed to Dance To The Radio records which is founded by the guitarist from Forward Russia who is also from Leeds. High profile shows with The Kaiser Chiefs and Kasabian have significantly raised their profile, but they have yet to release any material here in the states.

"Take Her Back" had a punk swagger to the tune that reminded me of the Swingin Utters as Matt grabbed a girl from the audience and proceeded to sing to her. My initial thoughts of how they sounded like The Strokes came to mind again during "Everybody Wants Me" as the guitar melody was oddly familiar. "I'm Not Sorry" was fast and furious as Jimmi Naylor (Drums) pumped out the four on the floor beat and constant hi-hat shuffle. The Pigeon Detectives are currently embarking on a large European tour and it will be interesting to see if they try to make a big push here in the States.
Posted by Amateur Chemist at 11:28 AM