The Movies at Spaceland 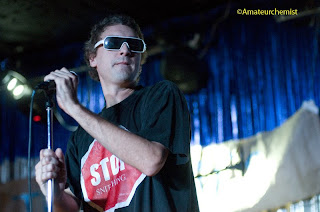 Sarah Negahdari and the Sad Solids 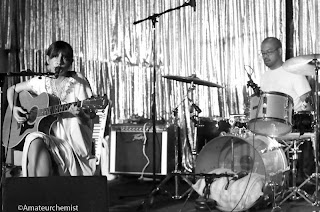 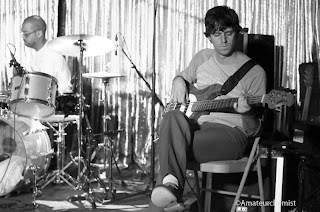 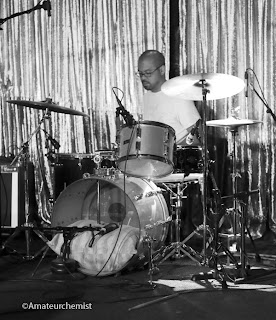 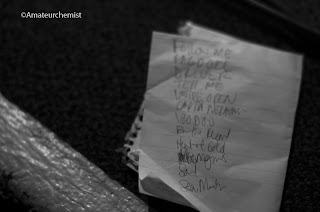 As a faithful fan of The Happy Hollows, how could I not appreciate the acoustic fueled Sarah Negahdari and the Sad Solids. I should also mention that I unfortunately missed the Happy Hollows Imaginary EP release show but now is my chance to mention you should download their EP and tell five friends about it in the process.

Sarah evoked flashes of Kaki King like guitar wizardry on her Taylor acoustic guitar as she furiously fingerpicked out the notes during the set. Sarah was fighting a cold but still managed to put together a solid set with a few dedications in the process. Sarah dedicated her cover of "Heart of Gold" to Nikon D3 packing LAist contributor Jeff Koga. Sarah also dedicated a song to the "Hollowbodies" which I previously highlighted in my review of their Detroit Bar show. I envision a time in the future where The Happy Hollows will play a show opening for themselves as Sarah Negahdari and the Sad Solids.

Your chance to check out a plugged in set by The Happy Hollows is rapidly approaching as they are playing the ridiculously loaded Christmas Sweaterfest at the Echoplex on December 13th with The Pity Party, The Deadly Syndrome and much more. 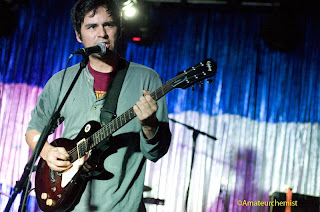 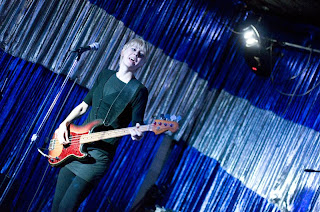 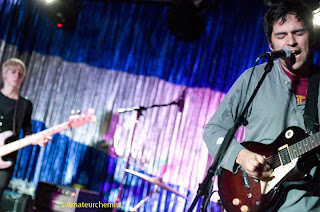 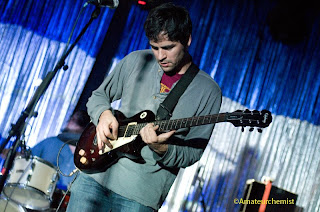 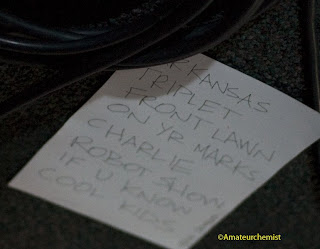 Rademacher made the trip down from Fresno to enrich the Movies residency. Rademacher wrapped up their successful Echo residency in October as they celebrated the release of their EP ERA released by JAXart Records.

Malcolm fired up his Epiphone guitar for the scattered notes of "Arkansas" augmented by the propelling bass groove of Greer McGettrick (Bass). "If U Know" was my favorite song from the set as Greer and Malcolm combined their vocal talents. I was hoping to hear "What Yr Used To Back At Home" but did enjoy the woozy jangle of "Cool Kids". Rademacher will be hitting up Spaceland again on January 17th. 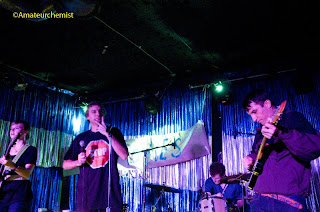 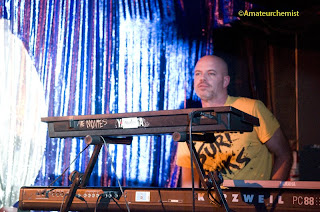 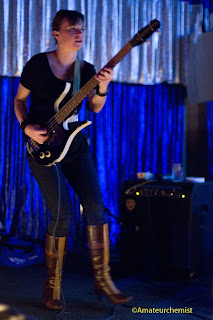 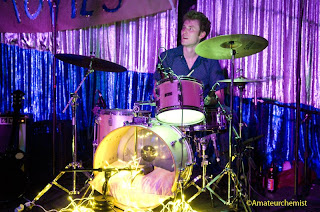 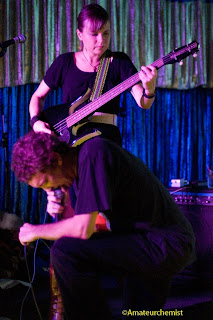 My first viewing of The Movies dates back to February 2007 when they opened for Sparta at the Echo. I was highly intrigued to say the least. The Movies were in a festive spirit celebrating the release of their album Based On A True Story.

The Movies need to be experienced live in their full 3D IMAX glory. The typical role of frontman is shattered as Timothy James (Vocals/Guitars) was a caged animal unleashed. Karate kicks over the microphone stand, autographing female audience members, leaving the stage to get beers and twirling jumps are just some of the many weapons in Timothy's arsenal.

Despite Timothy's antics on stage, one cannot overlook the musical genius in their songs. Mark Pez (Guitars) used an Oberheim Voltage Control filter and an Electro-Harmonix Q-Tron pedal to alter his guitar tone to fit their delightfully bizarre tunes. Opening with the lofty swagger of "Timothy James", The Movies had Spaceland in the palm of their hand. The penned setlist took a turn as Timothy broke a string on his lefty Rickenbacker guitar and they opted for "If I Had The Cash".

Brian Cleary (Keyboards) was behind his throne of keyboards including his trusty Kurzweil PC 88 while Jessica Cove (Bass) brought the thunder with her Danelectro bass. One talented guy handled the drums. "When I Was In Nam" will automatically make you laugh every time as Timothy would reenact the lyrics on stage, as he crouched behind some amps as if he was stuck in a foxhole. The Movies play Spaceland every Monday this month and I will check them out again on December 22nd. You only have a few chances left to see The Movies for free.
Posted by Amateur Chemist at 4:34 PM

Email ThisBlogThis!Share to TwitterShare to FacebookShare to Pinterest
Labels: Rademacher, Sarah Negahdari and the Sad Solids, Spaceland, The Movies