M83 at the Henry Fonda Theater 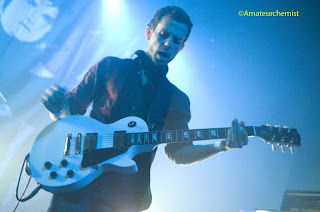 As a longtime viewer of Alternative Nation and Subterranean on MTV, my first exposure to M83 was when I saw their video for "Don't Save Use From The Flames". The combination of chirping analog synthesizers and textured guitars immediately warranted a trip to the record store to purchase the highly underrated album Before The Dawn Heals Us.

Anthony Gonzalez (Vocals/Guitars/Keyboards) was in top form as a gigantic line wrapped around the Henry Fonda Theater proving that the word is getting out on M83. 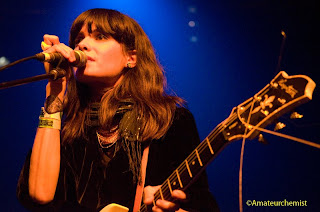 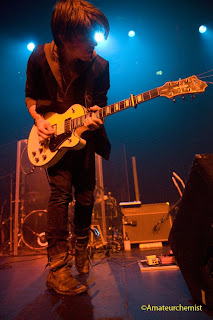 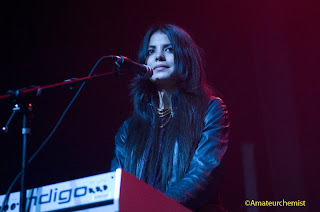 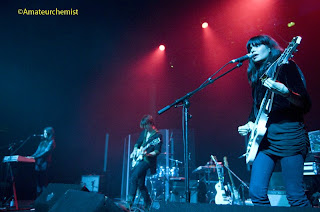 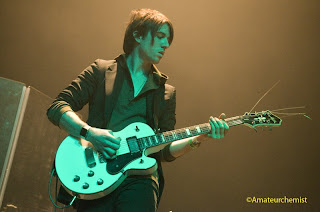 Alpinisms is their impressive debut album that will melt your ipod earbuds with combination of lush vocals, ethereal guitars and soothing synthesizers. An electronic drum machine filled in the beats for "Wired For Light", as Benjamin had his Hagstrom Guitar filling in the spaces between the swooning vocals from the Deheza sisters. I was skeptical about the absence of a live drummer but their drum machine added a cold sparseness to the music that seemed to work.

Synthesizers were at the forefront for their version of "Chain" as the Virus keyboard hummed along the melody. "Half Asleep" was a sonic lullaby with its staggering electronic drumbeats and swirling keyboards. What impressed me the most was Benjamin's guitar playing in that it was very restrained and understated compared to his prior work in The Secret Machines. It was criminal to see their set end after seven songs. I hope to catch School of Seven Bells again in 2009. 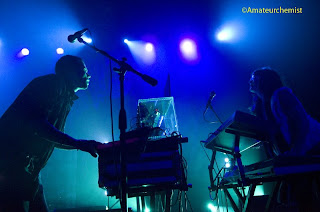 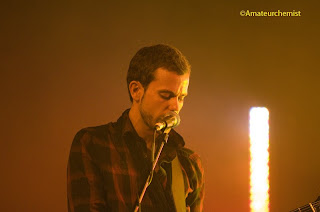 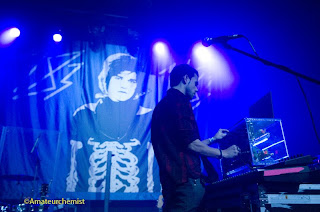 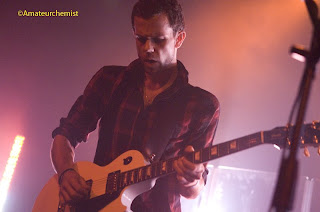 M83 grabbed the audience from the opening washes of "Run Into Flowers" and didn't let go until the last note of "Couleurs". As a fan of guitars and synthesizers, this concert had both instruments in spades. Morgan Kibby (Vocals/Synthesizers) had her Dave Smith keyboard and Yamaha Motif facing Anthony as she helped recreate the immense layers of sounds in M83's dense songs.

Anthony was using a Nord keyboard and a drool worthy custom Livewire Module synthesizer setup putting him in league with Alessandro Cortini from Nine Inch Nails. I can only imagine the discussions between Anthony and Brandon Flowers from the Killers regarding '80s synthesizers when M83 opens for the Killers in the United Kingdom.

"Kim and Jessie" would be the song that closely approximates the feel of a John Hughes movie with its cinematic '80s feel. The collaboration of Anthony and Morgan on vocals transports the song out of the stratosphere. I couldn't help to think that M83's songs would be perfect for the new Tron movie. Waves of foot massaging bass rippled through floor for "We Own The Sky" as I agreed with notion that it is one of the most popular songs downloaded from their album on itunes.

"Graveyard Girl" was another rocket ride as Morgan's vocals bordered on ethereal. The characteristic patterned synthesizers of "Teen Angst" were sublime. "Don't Save Us From The Flames" served as a galvanizing point that this show will rank in the top ten of synthesizer based shows this year. The guitars were unleashed for the appropriately titled "A Guitar and a Heart".

"Couleurs" mined whatever energy remained in the audience with its collage of spaced out synthesizers and techno like drum programming as everyone danced away to the final beats of the night. M83 didn't need a large electronic pyramid and robot suits to make the citizens of Los Angeles have an outer body experience.
Posted by Amateur Chemist at 8:00 AM