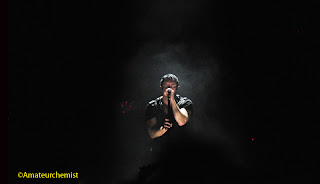 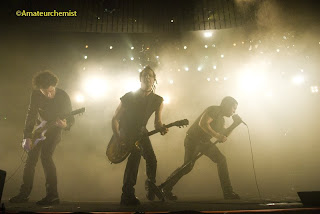 In case you haven't be following the intriguing "Lights In The Sky Tour" saga, Nine Inch Nails was supposed to film one of their shows with director James Cameron in 3D for a Blu-ray release. Unfortunately, this fell through and Nine Inch Nails encouraged fans to bring their cameras and camcorders to the shows to document the tour. Sacramento was the last stop on the tour where cameras and camcorders were encouraged. I couldn't pass up this golden opportunity. 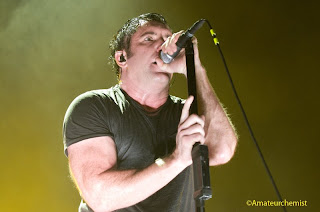 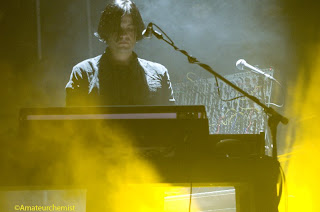 Josh Freese (Drums) will be sorely missed in the new formulation of Nine Inch Nails. It was announced earlier that Josh would be focusing on his studio work as the demands of the road were taking away from his family life. Josh's pounding drums on the opening of "1,000,000" is a fiery way to start a show with the synchronized lights flickering in the background. 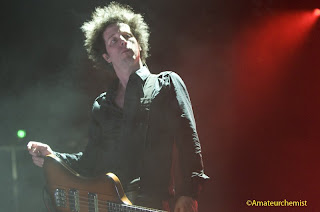 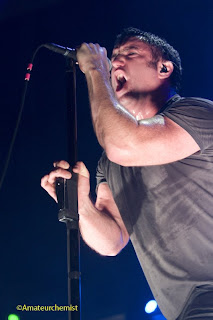 "March Of The Pigs" is one of my favorite tracks from Downward Spiral and I never tire of hearing the song live with its blistering guitars and fat bass keyboards. The transition to "Head Down" keeps up the quick pace of the show and the energy levels remain high. I unfortunately missed the shot of Trent Reznor throwing his Novation keyboard at the ending of "Head Down" 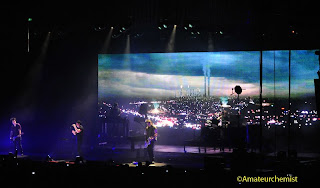 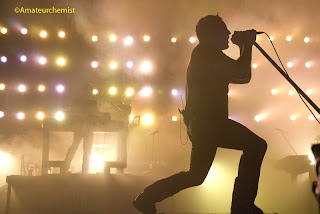 The deadly combination of "The Frail" to the "The Wretched" is a favorite amongst Nine Inch Nails fans as it appeases fans from the Fragility tour era. I was surprised by the new visuals from "Closer" as Trent had a camera that digitized his face on the large screen behind him which was reminiscent of the "Only" video. It is amazing that Nine Inch Nails continually tweaks and refines elements of this tour making no two shows alike. This is rarely seen in such a large scale production tour and should be commended. 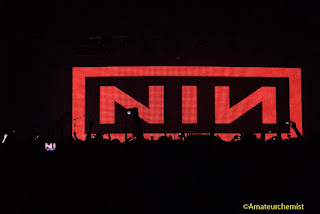 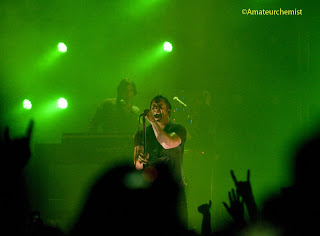 A large LCD screen dropped for the mini-electronic set featuring "The Warning" and "Vessel". The screen would simulate an explosion with every beat from "The Warning" for a striking visual element. Trent would use a hand-held microphone to distort his voice for a glitchy version "Vessel". 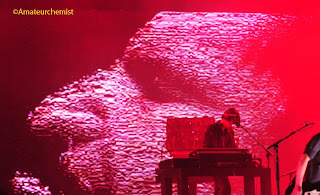 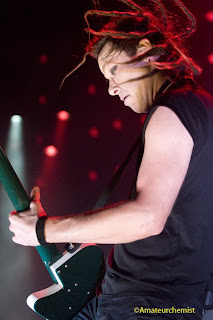 The Ghosts section of the set is breathtaking and strategically gives the band some time to recoup the amount of energy they will need to finish the marathon of their set. "The Greater Good" features another digitization of Trent as he appears at the end of large LCD screen. One of the other adjustments during the tour was the removal of the swinging lights between the LCD screens for "The Big Come Down". The lights are now projected on the three screens and swing back and forth for a similar effect. 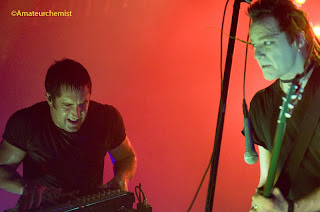 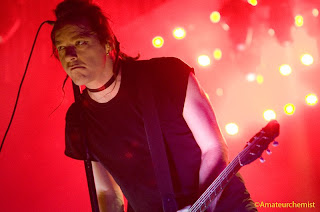 The red NIN logo at the ending of "Head Like A Hole" comes way too quick and signaled the close of the regular concert. I was hoping to hear "Meet Your Master" but "The Good Soldier" was a fine substitute with streaks of lights blasting behind the band. The unsubtle image of a gun combined with a cross during "God Given" blends very well with the politically charged lyrics of the song. 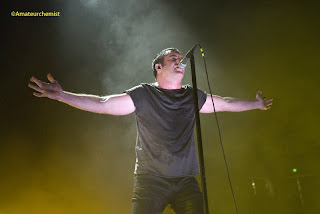 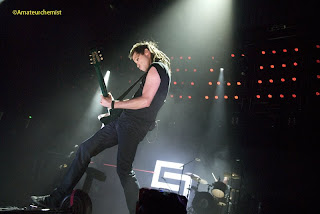 Closing the show with "In This Twilight" perfectly ties up the show as a lone spotlight is shone on each member gives the audience a chance to show some appreciation for an awe inspiring performance. It isn't difficult for me to declare this tour the best of 2008.

My god, I was at the Vegas show (and the forum show) and it was freakin' unreal. I hope you have some video!

Your pictures are awesome as well.

amazing photos! I was up in the lower level seats directly across from the stage. I can honestly say this is the best show I have seen in my concert-going career. So visually stunning, I was afraid to blink. Any leads on full-show videos?