Soulfly at the Key Club 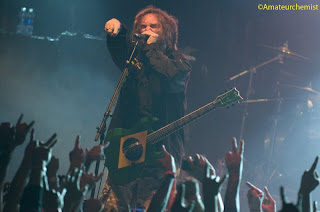 A headbanging show with Soulfly was the exact recipe for burning off all the calories consumed during Thanksgiving. Soulfly is on tour in support of their new album Conquer which was released on Roadrunner Records. The Key Club was packed to the gills with a tribe of devoted Soulfly soldiers. 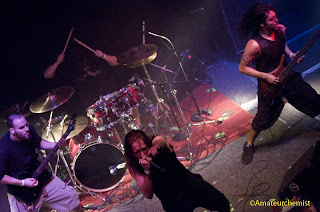 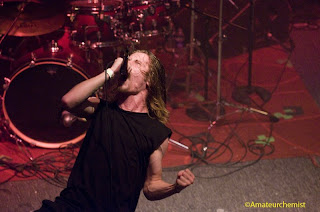 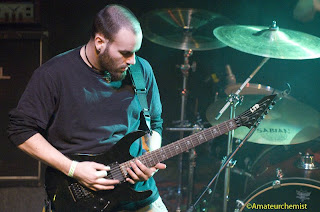 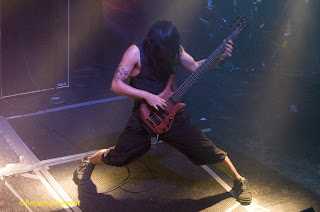 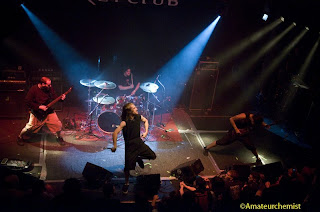 Incite from Phoenix, Arizona channeled the heat from their hometown with a mosh pit inciting set. Richie Cavalera (Vocals) stalked the stage as shredded his vocal chords during "Army Of Darkness". I would later discover that Richie is the stepson of Max Cavalera from Soulfly and has toured extensively with his father.

Incite lived up to its name by instructing fans in the mosh pit to flip off all the other fans in the back of the Key Club. Richie did mention they had a five dollar cd at the merch booth amongst the usual offerings of black t-shirts. I think this tour was sponsored by ESP Guitars as Incite's guitarist was playing a Kirk Hammett ESP, as it was only the beginning of a parade of ESP guitars to hit the stage. 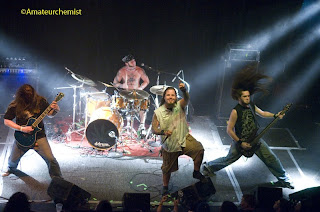 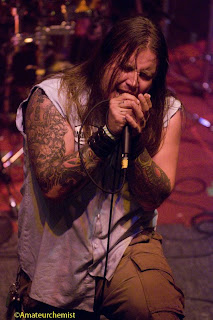 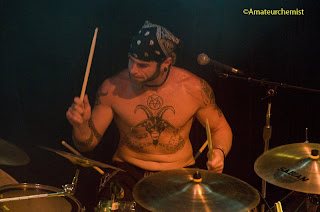 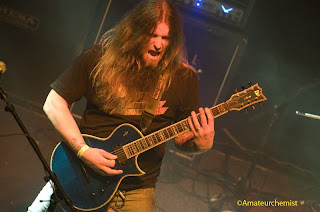 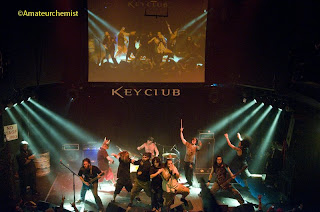 Bleed The Sky was representing Orange County as the Mission Viejo collective upped the ante with their hybrid industrial/futuristic metal. They recently must have been stoked to see their video on MTV's Headbanger's Ball and made sure to mention it during the show. Even though they are listed as a six piece band, Bleed The Sky had four members on stage doling out the punishment with tracks like "Murder Like Dance".

Noah Robinson (Vocals) showed off his sense of humor when he goaded the audience by asking them if they like Pantera. I immediately fell for the trap thinking they were going to play a Pantera song, but Noah was, "just checking". Austin D'Amond (Drums) hands down wins the craziest chest tattoo of the year award. Congratulations Austin. 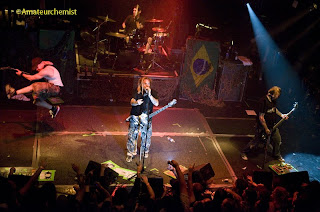 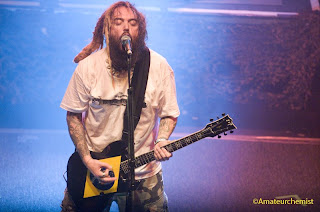 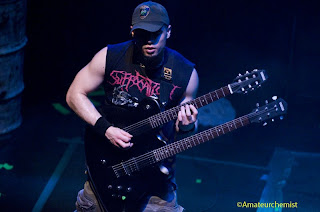 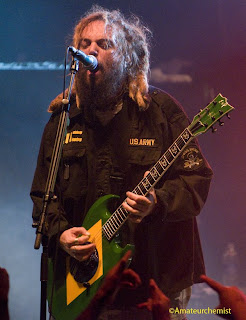 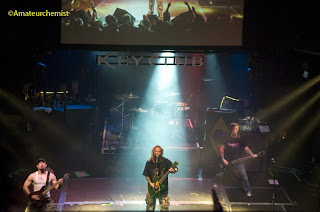 My brother gets credit for discovering Sepultura when they released Beneath The Remains. I finally signed on during their tour for Arise when they opened for Helmet and Ministry in 1992. Max Cavalera (Vocals/Guitars) has a distinctive voice to match his guttural guitar tones. It is no surprise that Max is endorsed by ESP Guitars as he plays a custom model emblazoned with the Brazilian Flag on his ESP Viper. It should also be noted that Max doesn't do guitar solos and his guitar is strung with just four strings.

The chants for "Soulfly" bellowed throughout the Key Club as the pit in front of the stage was extremely congested. The legions of Soulfly faithful would proceed to go crazy as the chilling notes of "Blood Fire War Hate" suffocated the audience. The crowd would become unhinged during "Refuse/Resist" as captured by the picture at the top of the review.

Marc Rizzo (Guitars) was an ace in the riffage department. I remember him in his days with ll Niño when he often sported a backpack while shredding on the guitar. Marc might consider a role in Street Fighter with all the spinning jumpkicks he did during the show. In an Amateur Chemist first ever sighting, Marc busted out a Yamaha double neck guitar with one of the guitars being nylon stringed.

Soulfly went back to their album Prophecy to play the title track. I was hoping they would play their cover of Helmet's "In the Meantime" but had no such luck. Soulfly live has a habit of mashing their gigantic riffs together and would bleed songs into each other. One of the many highlights was when they dipped back to their second album Primitive for a searing version of "Jumpdaf*ckup".

Max unveiled a "Soulfly secret" when he stated the more we drank the better Soulfly would sound. I disagree because Soulfly sounded incredibly sharp. The evening would later culminate into a veritable greatest hits collection with Soulfly resurrecting "Troops Of Doom" from the Sepultura catalog, "Back To The Primitive" and another Sepultura gem "Roots Bloody Roots". The closing of "Eye For An Eye" ended with a vociferous crowd chanting the chorus alongside Max. My neck still hurts from the headbanging.
Posted by Amateur Chemist at 1:48 PM