It was the hottest ticket in town. KROQ constructed an alternative rock fan's wish list on night number two of their annual Almost Acoustic Christmas show. 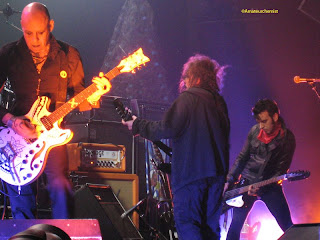 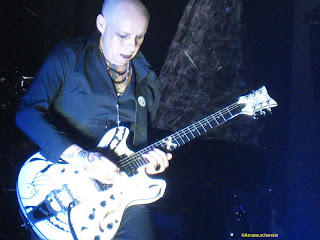 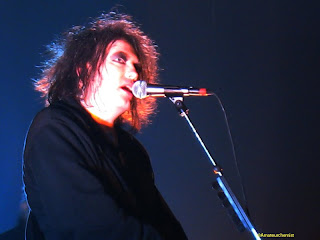 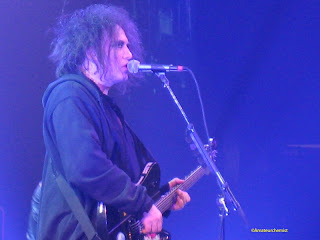 The mood turned as The Cure wrapped up the evening with a marathon set for a radio station run show. After five hours of solid music, The Cure still managed to get people out of their seats as they played a career spanning set. "The Perfect Boy" from their new album 4:13 Dream easily blended in with such staples as "Pictures of You", "Lullaby", "Friday, I'm In Love" and "Just Like Heaven". The Cure even came back for an encore filled with classics like "Boy's Don't Cry" and "Jumping Someone Else's Train". 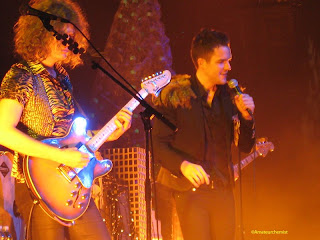 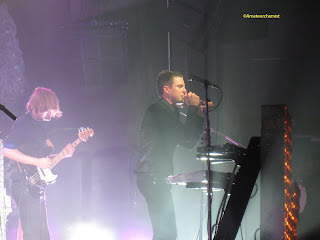 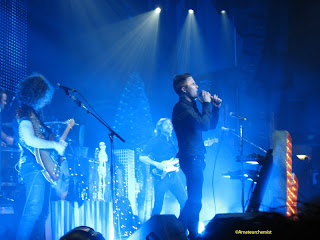 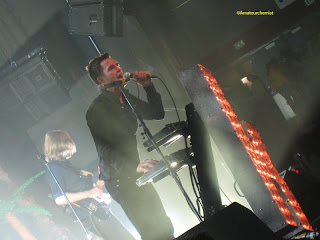 The Killers easily had the best set of the evening. From the opening showering guitar notes of "Human" to the final synthesizer swell of "Mr. Brightside". Vocalist Brandon Flowers was in top form gesticulating his vocals across the stage as they ripped through "Somebody Told Me". "Read My Mind" was as glitzy as the Las Vegas illuminated letter "K" in front of Brandon's keyboards. 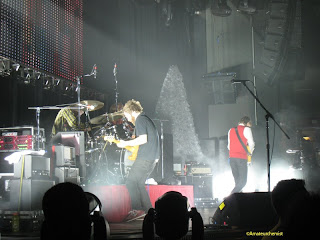 Death Cab For Cutie followed with a tight set, as vocalist Ben Gibbard was a lean mean fighting machine with his Obama stickered guitar. Death Cab played a shortened set but made the most of their time with "The New Year", "Long Division", "Soul Meets Body" and "Cath". I was surprised they played the eight-minute "I Will Possess Your Heart" as that chewed up most of their time. 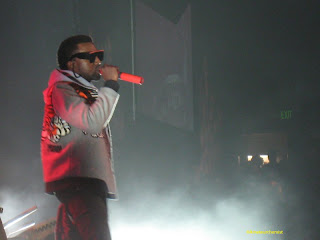 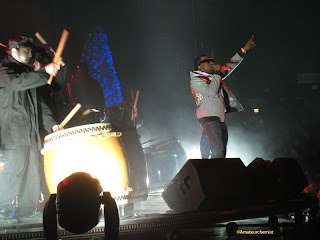 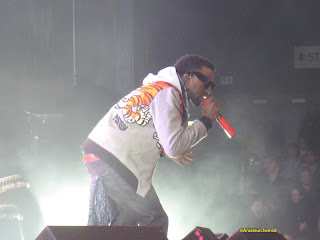 A slew of WTF? texts lit up my phone as the one and only Kanye West made a surprise appearance. This confirms in my mind, Kanye's bid to crossover into the alternative rock audience. A lot of the folks knew the songs and the audience reacted favorably after catching their collective breath. Kanye is quite the showman and seemed to revel in the fact that he could rock an audience that wasn't expecting him. "Stronger" with its incorporation of Daft Punk samples was the highlight of his set. 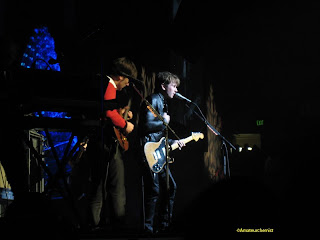 Franz Ferdinand rocked the house. This was the case back in 2004 when they were only upstaged by a blazing performance from Muse. Franz Ferdinand would get upstaged again later but they had everyone's attention in the building during their way too short set. "Bite Hard" from their forthcoming album Tonight:Franz Ferdinand lived up to its name with its rapid-fire dance fueled guitars and sinewy synthesizers. There was some ironic symbolism when they played "This Fire", as Franz Ferdinand figuratively burned the city of Los Angeles with their performance. 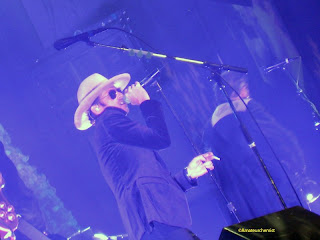 Scott Weiland managed to find time to put together another solo album in between his stint in Velvet Revolver and the reformation of Stone Temple Pilots. As much as I like Stone Temple Pilots, I can't say the same thing about his solo work. Scott Weiland's cover of The Smiths "Reel Around The Fountain" was unnervingly uncomfortable. "Paralysis" was another meandering tune that seemed out of place in the context of the evening. The good news is at least Scott isn't collaborating with Timbaland. 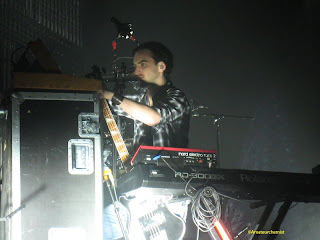 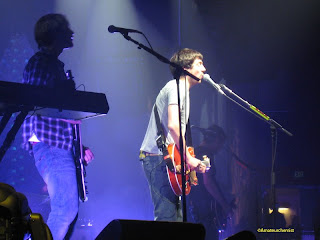 It was anthem time as Snow Patrol tried to crank out as many hits in their allotted time slot. The moody swell of a Moog Voyager synthesizer signaled "If There Is A Rocket Tie Me To It". Paul Wilson was rattling my teeth with his lefty Rickenbacker bass throughout the set. "Chasing Cars" was a highlight but I was surprised they didn't play "Run". 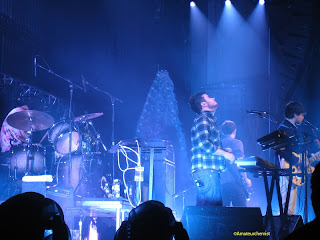 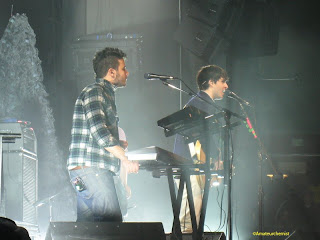 Does KROQ even play Vampire Weekend? Opening a bill as big as this can be daunting but Vampire Weekend was up to the task by playing a brisk thirty -minute set including the bouncy "Oxford Comma" and the delightful "Mansard Roof". "A Punk" garnered the biggest reaction with early attendees dancing in the aisles.
Posted by Amateur Chemist at 11:07 AM