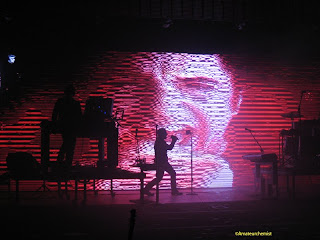 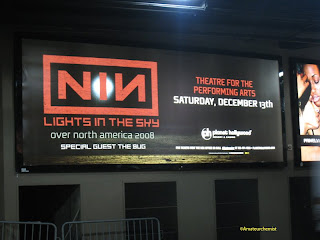 It all stated with a private rehearsal show at the Forum. The Nine Inch Nails "Lights In the Sky" tour was a visual and aural assault that made it the best tour of 2008. Unfortunately, all good things must come to an end, as the tour closed out at the Planet Hollywood in Las Vegas. 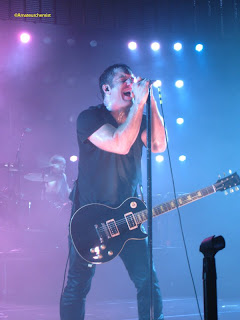 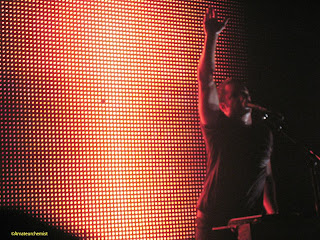 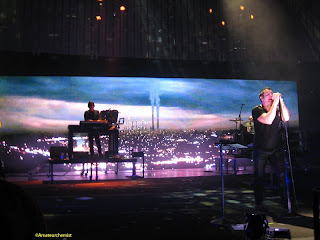 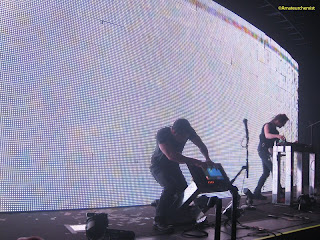 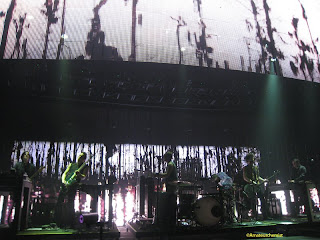 I still haven't gone through my gigabytes of photos from the open camera policy show in Sacramento and wanted to enjoy the show more by taking a few select shots. I did have a pit ticket (Thanks Mel/Jessie!) and my old trusty point and shoot camera to take a few shots of the evening but mainly focused on enjoying what I thought would be the last Nine Inch Nails show for sometime.

As I mentioned in the Sacramento review, I knew it would be Josh Freese's (Drums) last show but was surprised to hear that Alessandro Cortini (Keyboards/Guitars) would also be departing. Alessandro will be focusing on ModwheelMood (who were outstanding when they opened for Ladytron at the Henry Fonda) and his Buchla ambient project Blindoldfreak.

A whiplash of bass triggered one of my favorite songs "The Great Destroyer" with its incorporation of the Windows Blue Screen of Death that flashes on screen for a few seconds amongst all the other distorted imagery. One of the other highlights of the show include Josh's drumming at the end of "Ghosts Piggy" which served as an abbreviated drum solo to which he received a rapturous applause.

Some of the things I observed being close to the stage was Trent Reznor (Vocals/Guitars) used a piano sustain pedal for his Gibson Hollowbody guitar for the ending of "Echoplex". Trent also would also toggle his pickup switch on "Terrible Lie" for his parts to switch the pickups on and off. The intriguing news coming from the show was Trent's speech that he will be back in 2009 with the band as a four piece playing some dates in the United States. I speculate Trent may perform some of his earlier albums in their entirety before closing the book on Nine Inch Nails. Only time will tell.