Pet Shop Boys at the Wiltern 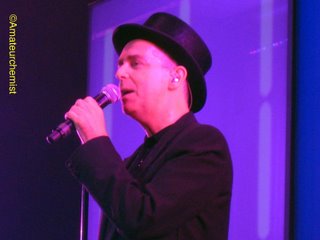 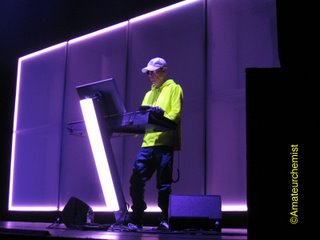 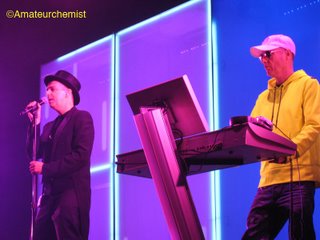 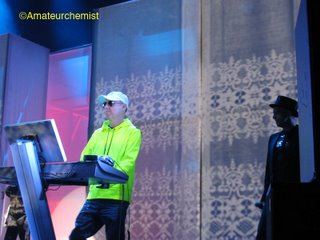 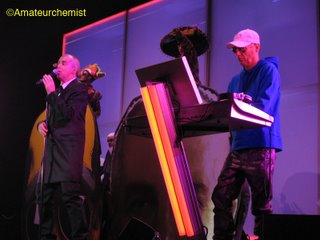 Sometimes you get lucky and fate determines that you make certain shows. This occurred when my co-worker wanted to work Wednesday evening for me and I worked the day shift. I also got an email from Live Nation the day before advertising half price tickets for the Pet Shop Boys. I took all of these events as signs that I should go to the show. I am so glad I did. Pet Shop Boys have been around since 1981 and have produced a number of hits over the years. They tour infrequently (ie every 6 years or so) and who knows if they will tour again. I managed to get to the Wiltern fairly close to when the doors opened and managed to secure a wrist band down in the front pit. There was no opening act and the Pet Shop Boys hit the stage at 8:30. They had quite an elaborate setup with a large illuminated cube that was rotated by stage hands in hospital scrubs. Multiple costume changes occurred through the night with backup singers and dancers running around stage all night. Neil Tennant's voice was remarkable. Everything sounded incredible. One of my favorite songs from Neil back in the day was his guest vocals on Electronic's "Disappointed". I remember a lot of the songs played such as "Go West", Opportunities", "Domino Dancing", "Heart", "Left to my own Devices", "West End Girls", "Its a Sin", "Where the Streets Have No Name", "Suburbia" , and my favorite... "Always on My Mind". Pet Shop Boys choose the setlist order very carefully as well by mixing a new song with a old song as to not lose momentum throughout the show. After playing for an hour, they took a 15min intermission . The band then returned to play for another 45mins with the show ending at 10:30. Overall an excellent show and in retrospect I would have still been satisfied if I had paid $80 for the ticket, but $45 made it even sweeter.
Posted by Amateur Chemist at 1:51 AM