Radars To The Sky at the Detroit Bar 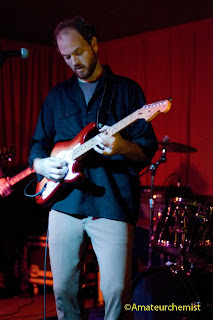 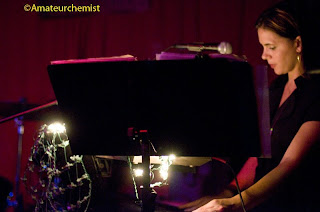 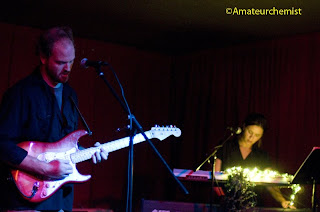 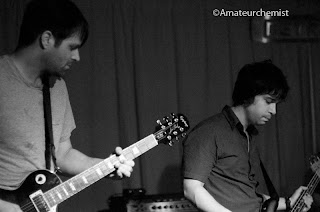 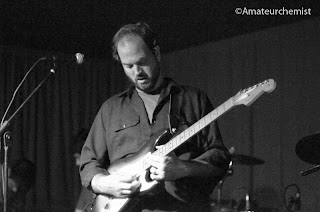 After catching Pinback at the Samueli Theater, I booked it down to the Detroit Bar in hopes of catching Radars To The Sky and Aushua. I unfortunately missed all of Aushua but arrived to catch a good majority of Radars To The Sky.

It was only a few days ago that I caught Radars To The Sky with The Republic Tigers at Spaceland, but couldn't pass up the opportunity to see them again at the cozy Detroit Bar. Radars To The Sky was gearing up for the big opportunity of opening up for The Airborne Toxic Event at the El Rey Theater. I didn't get to hear the outstanding cover of New Order's "Age Of Consent" but was highly impressed by their new bassist Dave Marchese who returned from his trip to New York.

It is interesting to track bands in the local scene because it is entertaining to watch them grow. Radars To The Sky played with a sharp intensity as if they were playing in front of a sold out audience at the El Rey opening for The Airborne Toxic Event. This type of devotion and emotion reveals a lot about Radars character. The intertwining voices of Andrew Spitser and Kate Spitser during "I Might" was intoxicating as the song kicks into overdrive. A slow methodical build up for "Big Bang" would give way to an explosion of sound and feedback. Radars To The Sky play the Sunset Juntion festival this weekend as well as stopping by during the Death To Anders residency at the Echo in September.
Posted by Amateur Chemist at 11:19 AM

Email ThisBlogThis!Share to TwitterShare to FacebookShare to Pinterest
Labels: Detroit Bar, Radars To The Sky