Less Than Jake and Goldfinger at the Grove of Anaheim 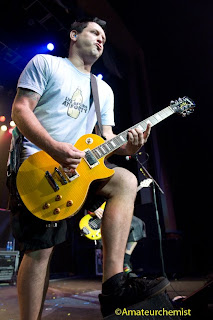 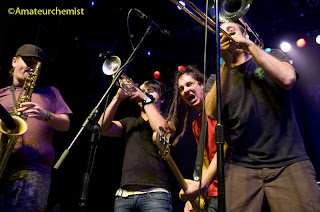 I have seen some interesting shows in a few weird venues in my time. One show I remember from a number of years ago was when I saw Less Than Jake at a pizza parlor in northern California when I was in school. It was a total DIY show with a busted PA system and no stage. It was one of the more energetic shows that I can remember from that era. I would later find myself singing along to "Johnny Quest Thinks We're Sellouts" in the photo pit as Less Than Jake still puts on high octane live shows.

Big D and The Kids Table 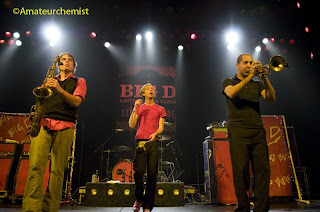 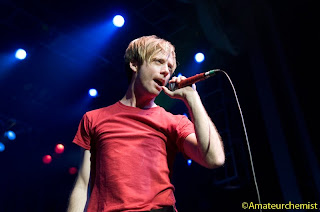 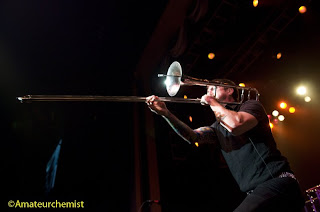 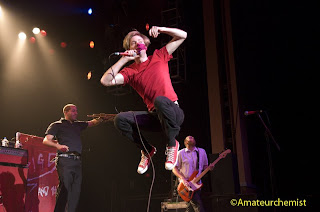 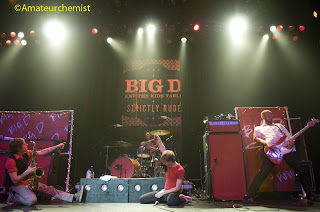 I don't follow the ska scene that much anymore. But it didn't take long for me to warm up to the blazing horns and frantic sounds of Big D and The Kids Table. I immediately thought they sounded like a variant of The Mighty Mighty Bosstones. This was not particularly surprising when I found out that they hail from Boston. The cool breezy horns of "Shining On" blended well with uptempo skanked out guitar chords. Big D and The Kids Table summoned a little Fishbone as they ripped through "Noise Complaint". They played a short set but it was a perfect opener for Less Than Jake. 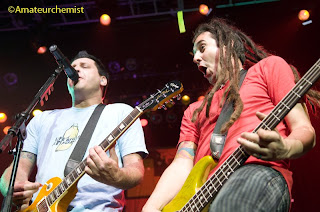 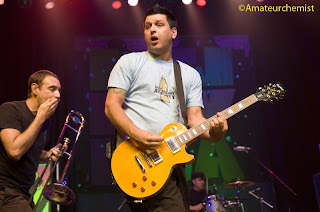 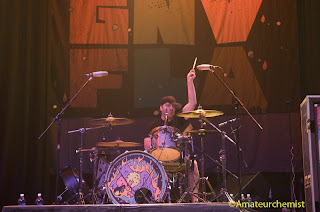 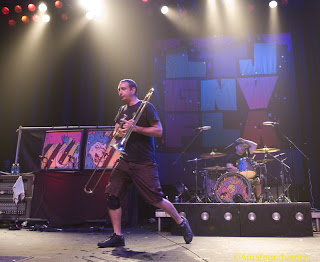 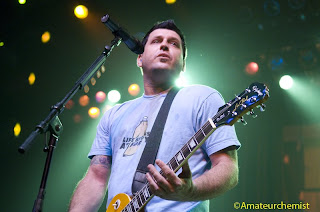 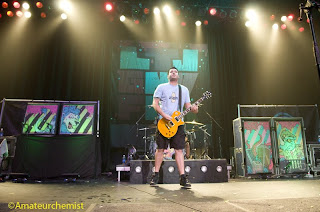 I had enough time to swing by the Virgin Megastore to catch Less Than Jake do an in-store acoustic set. Chris Demakes (Guitars/Vocals) and Roger Manganelli (Bass) were equipped with two acoustic guitars and played a small batch of songs. I was impressed how well the songs translated in acoustic form, as they still sounded full. I was starting to get excited for the main show with the full band.

Less Than Jake is touring behind GNV FLA released on their record label Sleep It Off records. "Johnny Quest Thinks We're Sellouts" was pure nostalgic fun from their first album "Pezcore". Roger Manganelli took on the vocal duties for "All My Best Friends Are Metalheads" which has to be one of the best song titles for a ska/punk song. The amount of energy on stage was contagious. It was hard not to smile and bounce around as Less Than Jake were firing on all cylinders.

Chris had a nice Epiphone Gibson Les Paul goldtop plugged into some Mesa Boogie amps for a nice crunchy guitar tone that obliterated eardrums during "Look What Happened". "The Ghosts of Me And You" continued their choice of songs from the album Anthem as Roger and Chris combined their vocal talents. "How's My Driving, Doug Hastings" was another nostalgic blast from the past as it barely clocks in over one minute. "Conviction Notice" from their new album was filled with horns and plenty of "na-na-nahs" that had the crowd surfers going over the barricades. An explosion of streamers and confetti showered the crowd to close out their dynamic set. I was surprised Less Than Jake wasn't headlining and apparently some fans thought the same thing and left. 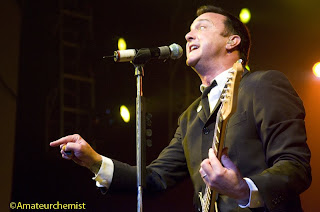 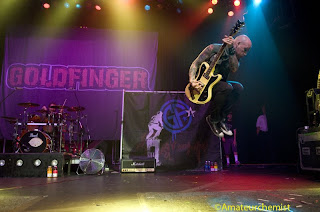 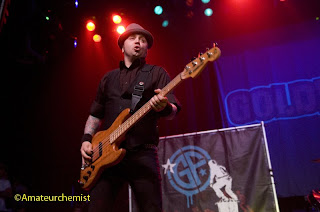 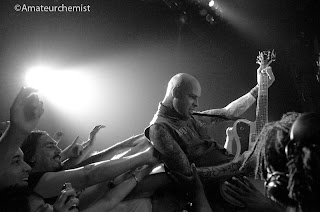 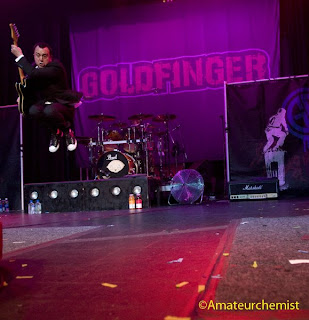 Goldfinger brings back memories from the nineties as well. I distinctly remember seeing them at the Universal Amphitheatre opening for the Sex Pistols. Goldfinger played the tongue in cheek track "The City with Two Faces" which takes some humorous pot shots at the city of Los Angeles. This did not go over well in front of the staunch old Sex Pistols crowd and booing ensued. I thought it was hilarious.

Goldfinger recently welcomed their old guitarist Charlie Paulson back into the mix as they put together a chaotic set that featured most of their debut album. John Feldmann (Guitars/Vocals) was jumping around stage in his two piece suit so much that he ripped his pants. That is what I call punk. Charlie looked and sounded like he could have been playing in Rancid, as he frequently would jump into the crowd to the dismay of the bouncers. "Here In Your Bedroom" had the bouncers working overtime as the fans were crowd surfing like crazy. I seriously thought the plug was going to get pulled when they invited everyone on stage for "Mabel" as security tried in vain to contain the crowd. "Miles Away" is probably my favorite Goldfinger song and was turned into an extended jam as they repeated the chorus a few times. Goldfinger also played their cover "99 Red Balloons" to bring an end to a raucous night of ska punk fun.
Posted by Amateur Chemist at 5:02 PM

Email ThisBlogThis!Share to TwitterShare to FacebookShare to Pinterest
Labels: Big D and The Kids Table, Goldfinger, Grove of Anaheim, Less Than Jake

Nice Pics, they capture the moment.