Film School and The Pity Party at Spaceland

Some of my favorite Los Angeles based bands played together for a banner night at Spaceland. The number of effect pedals that collectively cluttered the stage on this particular night must have hit one hundred. I couldn't have been any happier. 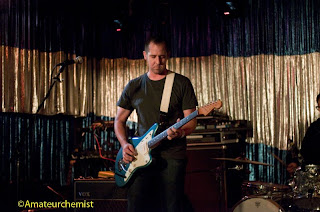 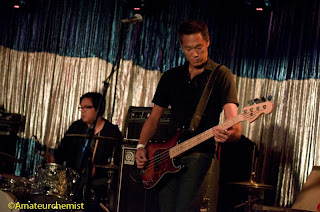 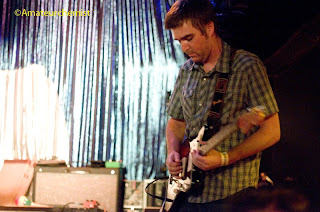 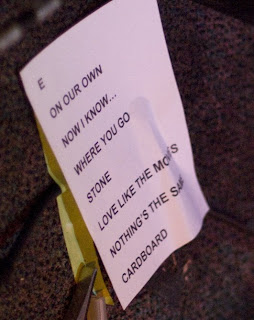 I unfortunately missed the return showing for The Meeting Places at the Silverlake Lounge. I was excited that they were added to the bill with The Pity Party and Film School as their textural soundscapes started off the evening. I can only describe The Meeting Places as a cross between the song structures of Lush and noisy shoegaze of My Bloody Valentine. I have had a few discussions about guitar pedals with Scott Mcdonald (Guitars) and he impressed me with his use of Roger Mayer pedals. Chase Harris had an equally impressive setup as he had some Analog Man pedals in his arsenal. Their double Fender Jazzmaster attack was extremely effective as they worked through "Love Like The Movies". "Where'd You Go" filled all of Spaceland with ripples of dense reverb. The Meeting Places are currently working on new material and hopefully they will debut some new material next time I catch them. 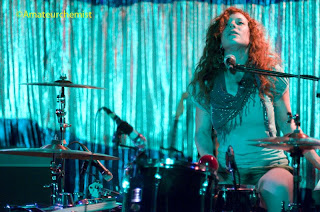 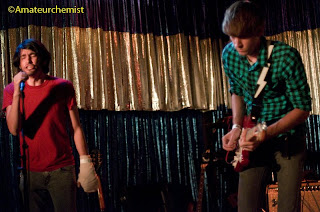 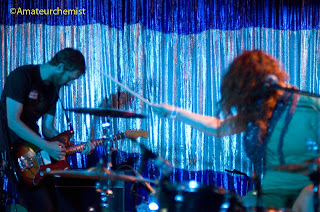 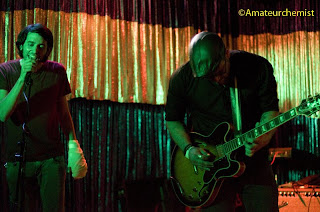 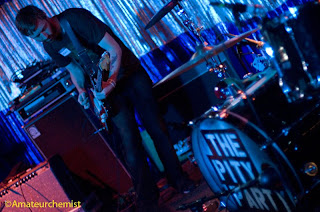 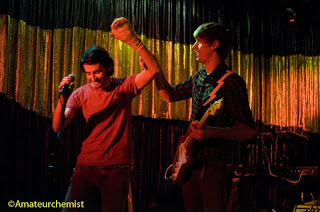 The Pity Party perservered. An unfortunate bicycle accident claimed the talented finger of M (Guitars/Vocals) who was bandaged and battered. Luckily, The Pity Party has a lot of friends in high places as they recruited Will from The Deadly Syndrome, Hiram from The Human Value and Jason 71 from Eskimohunter to pitch in sonic reinterruptations of the fractured songs of the Pity Party. "H.O.T.S" was an adrenaline pumping rocker as Heisenflei (Drums/Vocals) started off so fast that they started the song over again. Jason 71 added some interesting octaves to "Love Lies" to fill out the sound as M was stationed behind the microphone singing along. I enjoyed the reengineered versions of the songs and started to think that someone should orchestrate a cover show featuring a slew of Los Angeles bands. I implore you to visit the Pity Party myspace page and purchase their Orgy Porgy EP which should expedite the healing of M's finger. 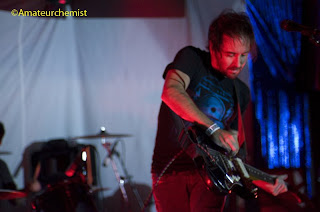 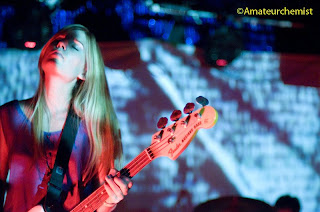 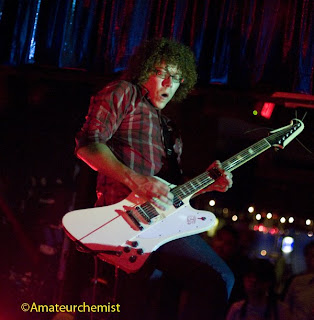 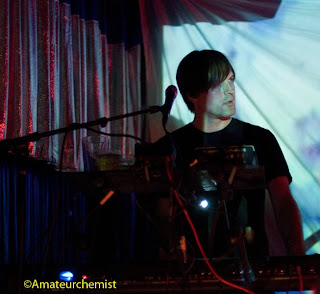 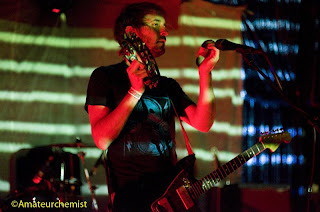 Film School wrapped up another US tour with a hometown blow out at Spaceland. They have been touring since early July and were a finely tuned noise wrecking machine. I have come to the conclusion that after every time I see Film School it is my favorite show. My number of reviews for Film School is rapidly approaching the 20's as they wind down the touring cycle for Hideout. I was absolutely floored when Lorelei Plotczyk (Bass) played the descending bass line for "Harmed" which is one of the few songs I haven't heard live. "Sick Hipster Nursed By Suicide Girl" is still one of my favorite songs and drowns the listener in sound. Film School will head out to the UK with British Sea Power for a number of dates before they head back into the studio to work on the next record. I can easily testify that they have come a long way since I first saw them almost a year ago at Spaceland. I am sure they will dazzle the UK with their massive wall of sound. I can only hope that I get to hear their follow up to Hideout soon.
Posted by Amateur Chemist at 10:37 PM