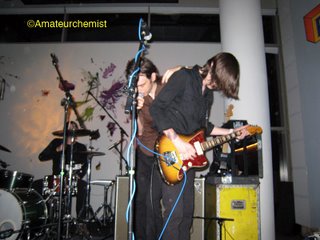 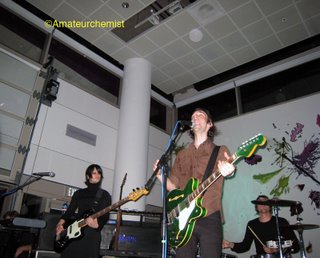 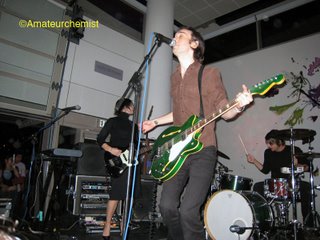 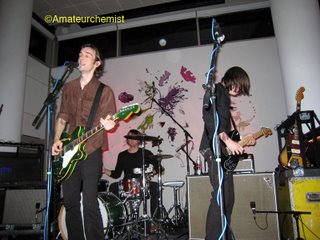 At the last minute I decided to get my art on at the
Orange County Museum. OC Weekly was holding a Best of OC wrap party for their issue celebrating the "Best of
OC". That was all well and good but I was there to
check out the free concert by Mellowdrone. I was
pleasantly surprised that they had an additional
opening band..Fielding from the way of Long Beach. I
have seen them listed at the detroit bar but missed
them. They have a Wilco/indie rock vibe. They played a
good set but the mix was not quite up to par. After
the set change, Mellowdrone finally appeared on stage.
I had seen them at the chain reaction when I caught
ModWheelMood. Mellowdrone played a full set and even
Tony remarked that it was the longest setlist they
have played in a while. Another interesting tidbit was
the power went out a couple times during both sets
kind of killing the bands momentum. Mellowdrone did
the best to make it up inviting fans on stage for an
acapella version of their songs. Overall great show
and the art was really interesting as well.
Posted by Amateur Chemist at 8:18 PM

Email ThisBlogThis!Share to TwitterShare to FacebookShare to Pinterest
Labels: Mellowdrone

been in enjoying you reviews and photos...i posted a link to your site, just wanted to let you know.