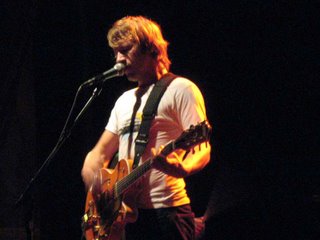 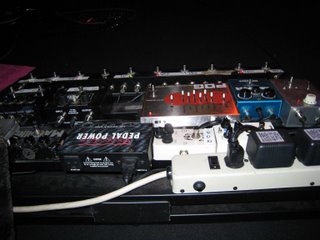 On a last minute decision, I decided to check out Aberdeen city show down the street at the Galaxy Theatre. I am glad I did that instead of watching the Kings lose. Anyways.... Blue Van came on first hailing from Denmark. A self described combination of the Who and the Kinks. I was blown away with the fact that the organist had a Leslie rotating speaker cab!! That is what I call OG. Usually bands don't travel with those due to the high price and rarity of the item. They put on a great show. Unfortunately they are signed to TVT records. Good Luck guys. Aberdeen City came on next. They are from Boston. Straight ahead indie rock. All were good musicians and played well to a very empty Galaxy theatre. I was impressed they got Steve Lillywhite to produce some of the songs on their album. He has done Morrissey/Smiths back in the day. Bonus points to Ryan from Aberdeen for busting out the POG!!
Posted by Amateur Chemist at 2:10 PM