Jane's Addiction at the Echoplex 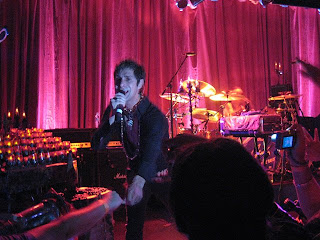 There has been quite a whirlwind of reunions in the past couple of years. Jane's Addiction has entered the fray and after a few "secret shows" at El Cid and La Cita bar, Jane's is poised to revitalize the music scene with their hyper fusion hard driving rock. 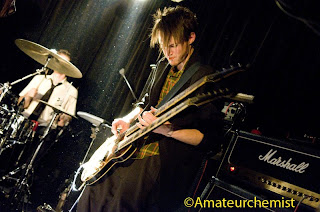 Josh Klinghoffer (Guitars/Piano/Vocals) has long been well admired on the local scene working with John Frusciante of Red Hot Chili Peppers and collaborating with Gnarls Barkley and Neon Neon. Dot Hacker is Josh's newest endeavor that blew me away.

Armed with a Fender Jaguar, Josh created ghostly washes of noise like a mad scientist wrapped in a complex time signatures. When Josh wasn't slaying on the guitar, he banged on his keyboard like a demented pianist while altering various knobs to create ripples of notes. Dot Hacker will be back at the Echo on March 26th with Kenan Bell and Illinois. I need to work that show into my upcoming show review schedule. 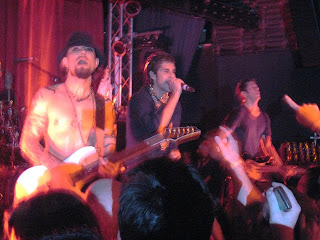 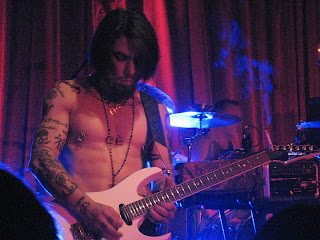 To quote the old adage, "Leave them wanting more". That is exactly what Jane's addiction did after whipping through a vicious forty minute set. The cosmic energy among Perry Farrell (Vocals), Dave Navarro (Guitars), Eric Avery (Bass) and Stephen Perkins (Drums) is palpable as it spilled over into the enthusiastic crowd. "Up The Beach" jump started the audience with Perry dancing across the candle lit stage.

Dave Navarro was playing a sleek white Ibanez guitar that howled through his Marshall stack. I did manage to catch the prior incarnations of Jane's addiction but never did see the band with Eric Avery. I realized after the show that Eric Avery is the sonic glue that holds the band together because songs like "Mountain Song" and "Been Caught Stealing" are driven by his characteristic bass grooves. Eric has a very specific subsonic tone that is undeniable.

"Ted, Just Admit It" had a prominent swagger that induced flashbacks to the early 1990's when Jane's had burst onto the scene helping usher in a new genre of music. "Stop" proved why Dave Navarro is one of the top shredders in the alternative world as he stomped on his wah pedal.

The brief encore of "Had A Dad" and "Ocean Size" sufficiently appeased older hardcore Jane's fans. It is difficult to refute the chemistry between the four members of Jane's addiction. There still seemed to be an underlying tension on the stage, but this tension is what made Jane's Addiction so compelling. The band could potentially implode at any given second.

The announcement was recently made that they will tour with Nine Inch Nails this summer means I will probably be catching a slew of these shows. It just so happens that I have a vacation during the Sasquatch Music Festival. 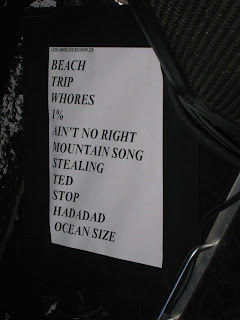 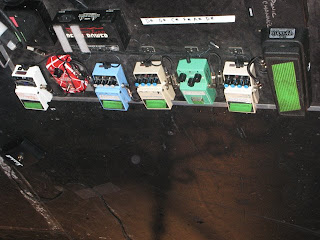 Posted by Amateur Chemist at 10:26 AM