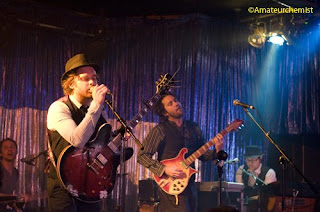 I have enjoyed my week off from concerts and stored up some energy to tackle 2009. My self imposed vacation didn't last too long when I saw the line up of Eagle And Talon, Xu Xu Fang and Afternoons at Spaceland. 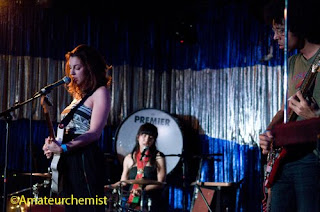 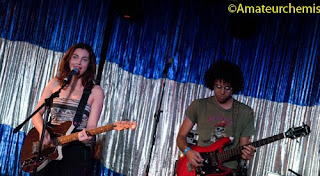 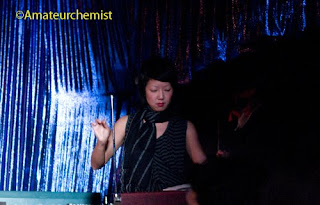 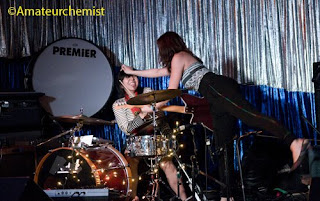 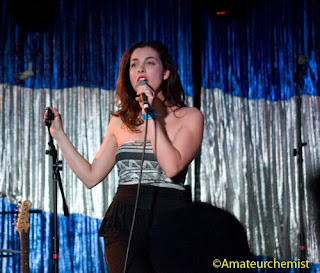 A sullen Casio keyboard riff percolated through Spaceland with Eagle And Talon garnering the attention of the crowd. Eagle and Talon are primarily a two person project with assistance from various band members. Kim (Vocals/Guitars) alluringly strummed her guitar for the noisy "Hot Caught" with her partner in crime Alice (Drums) adding a shuffling beat. Eagle and Talon thrive on dissonance and force together notes and harmonies that normally don't mesh.

"Palm Springs" played like an ode to Sonic Youth with its underlying tension, scratchy guitars and Kim possibly channeling her hero Kim Gordon from Sonic Youth. Eagle and Talon automatically got points for incorporating a theremin in there set. The world needs more theremin. "One Lark and "Moisturizer" had Alice and Kim exchanging their instruments, as they debuted a number of songs from their upcoming album Thracian. I wouldn't be surprised if they book a residency soon. 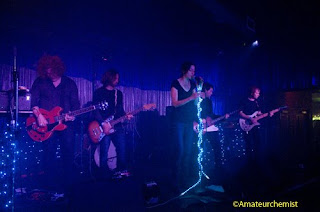 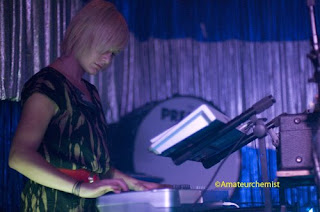 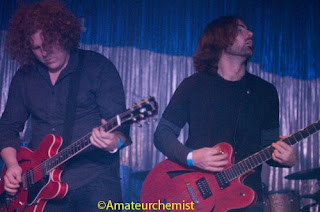 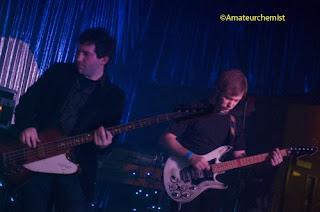 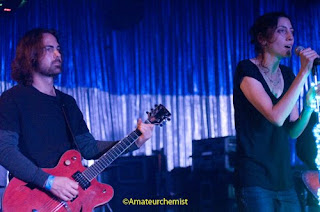 Xu Xu Fang look to make even more noise in 2009. Their EP The Mourning Son was one of the stronger releases from the Los Angeles music scene in 2008 with its fogged washes of psychedelic guitars. Xu Xu Fang are at it again by issuing Seven Days Now, which includes their cover of The Cure's "Fascination Street".

Xu Xu Fang excels in the live show department. Their performance at Spaceland was spot on. "Ni Hao" said a lot more than hello with its storming three guitar assault. Barbara Cohen (Vocals) seemed to materialize out of the fog to lend her soaring vocals to "The Mourning Son". "Good Times Have Gone Away" would be Xu Xu Fang's call to arms as the song builds from a slow marching to a full charging anthem. The watery guitars and keyboards of "Seven Days Now" immediately reminded me of Led Zeppelin's "No Quarter" but much more hallucinogenic. Xu Xu Fang is perfectly poised for a residency to help broaden their fanbase. I hope they hit South By Southwest so other folks can catch on. 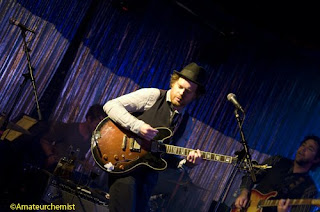 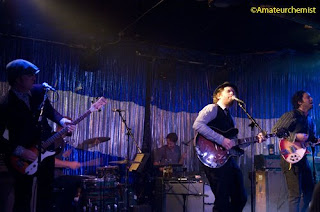 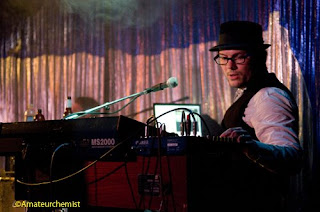 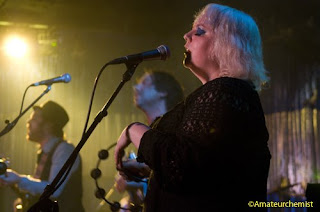 Afternoons had one of the more successful Spaceland residencies in 2008 back in July. The freight train that is Afternoons continues to gather steam. Afternoons just released their debut digital single "Saturday Morning (After The Funeral)" on itunes through Spaceland Recordings.

A slow cooking stew of synthesizers gave way to the glorious harmonies of "Love is a Western Word", as Afternoons immediately captivated the Spaceland audience. Brian Canning (Vocals/Guitars) dialed up his swirling jangling guitars with assistance by Steven Scott (Guitars/Vocals) and his Rickenbacker guitar. Tom Biller (Bass) whipped up a thumping bass line for "Graffiti Artist" when Claire Mckeown (Vocals) added her atmospheric vocal flourishes. "Saturday Morning (After The Funeral) blew me away with its subtle incorporation of bouncy electronic threads of synthesizers woven into the hook of the song. "Say Yes" is guaranteed to send shivers up your spine with its ridiculously catchy chorus. I predict Afternoons will headline the El Rey theatre by the end of the year.
Posted by Amateur Chemist at 5:35 PM