The Breeders at the Wiltern Theatre 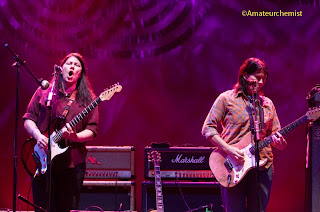 I don't blame The Breeders for walking off the stage during their stop in San Diego for Lollapalooza 2004. A sudden influx of mud was thrown onstage by some unruly patrons who started to pelt the band members and their gold covered stage setup. I was extremely happy that I got to hear "Divine Hammer", but was crushed that I didn't hear "Cannonball".

The Breeders are touring behind their recent released album Mountain Battles and made up for my abbreviated set with a lengthy setlist that spanned their twenty year career at the Wiltern Theatre. 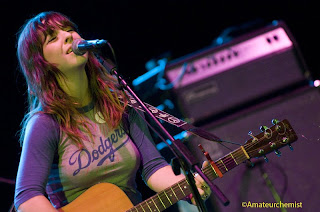 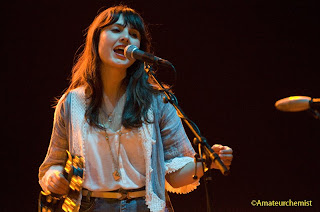 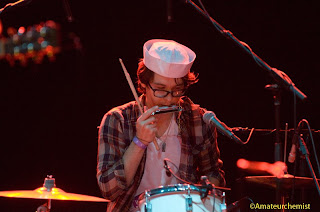 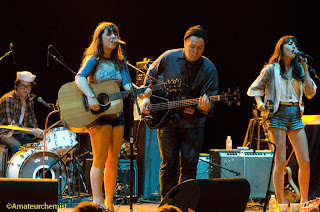 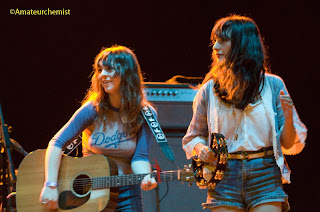 Clad in her vintage Dodgers t-shirt, Morgan Nagler (Vocals/Guitars) led The Whispertown 2000 through a harmonious alt-country fueled set. The Whispertown 2000 recently released their sophomore album Swim on Acony records and suggested the audience pick up their album at the merch booth "with their faces on it". I felt like I was at the Grand Ole Opry when Morgan started singing "103".

Morgan and Vanesa Corbala (Vocals/Drums) swayed throughout the whole evening and it was infectious as the crowd started to sway along in time. "Ebb and Flow" lived up to its name rising in the rock vein and falling into a country sound. Catch The Whispertown 2000 at the Troubadour on November 30th with Azure Ray. 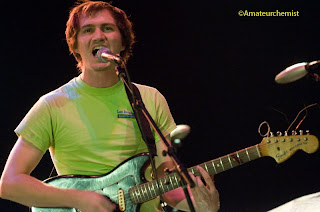 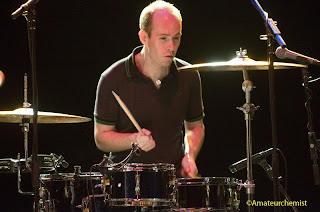 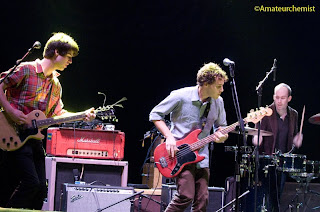 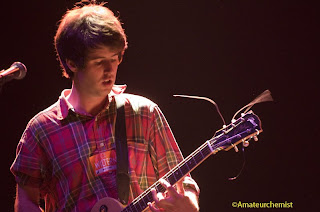 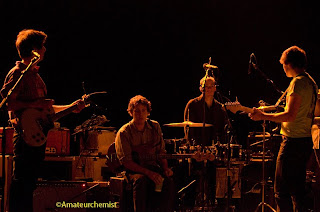 When it comes to buzz, The Muslims have been swarming all over the internet. Originating in San Diego, The Muslims are making strategic moves to break out on the national scene. The Muslims have a connection to The Breeders in that they both have recorded their albums locally with analog tape aficionado Manny Nieto.

Matt Lamkin (Vocals/Guitars) was using a Fender Musicmaster guitar for their garage surf tinged post modern rock. Brian Hill (Drums) was fun to watch as he channeled Slim Jim Phantom with his stand up drumming. Their catalog is limited to a few seven inch releases and a twelve inch release available on 1928 recordings here.

I found myself tapping my foot throughout their entire set as they tackled "Extinction". It was a duel of wiry guitars during "Bright Side" as David Lantzman (Bass) negotiated the low end. Matty McLoughlin (Guitars/Keyboards) switched over to keyboards for the catchy number "Nightlife". The Muslims will be at the Echoplex on December 19th opening for Darker My Love and opening for the Raveonettes at the Henry Fonda on January 24th. 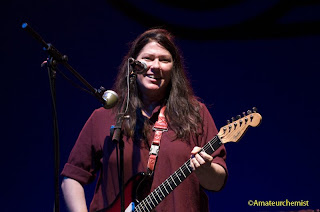 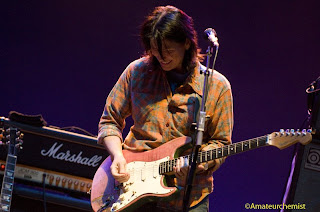 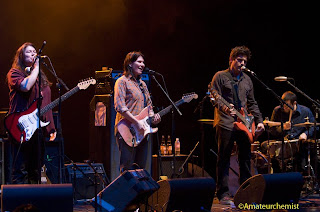 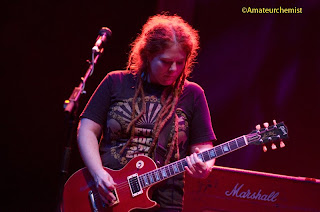 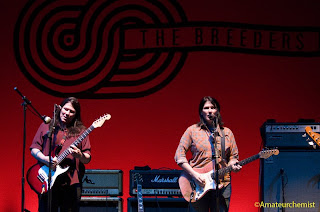 When I saw the bullet microphone on stage, I knew The Breeders where going to play "Cannonball". However, I wasn't prepared for them to open the show with "Tipp City" which was from Kim Deal's (Vocals/Guitars) side project The Amps. The Breeders switched to their album Title Tk for the quirky gem "Huffer" and its awkwardly awesome guitar lines. Kim sounded superb in the vocal and the guitar department as she played a Fender Stratocaster for most of the evening. She even had her old school golden Marshall Amp and cabinet on the stage.

"Bang On" was a sermon in vocal harmonies as Kim and Kelley Deal (Guitars/Vocals) played to one of their strengths. The Breeders gave a shout out to Guided By Voices when they dusted off their cover of "Shocker In Gloomtown". I felt I already got my money's worth after hearing "Divine Hammer". Sisterly love was displayed during "It's The Love" when Kim stood directly in front of Kelley while she was singing in her efforts to distract. "No Aloha" had Kelley working overtime with her use of a metal slide. "Cannonball" was spot on with Kim yelling into her distorted bullet microphone as Mando Lopez (Bass) nailed the classic bass line.

The Breeders did venture back to their first album when they played their cover of The Beatles "Happiness is A Warm Gun" and "Iris". Kelley took up the violin for a country fried version of "Driving On 9". The Breeders forayed into Spanish as Kelley admitted she was nervous about performing "Regalame Esta Noche". "Hellbound" was the musical coda to the evening that capped a set that was worth the fourteen year wait.

The Breeders setlist at the Wiltern Theatre
"Tipp City"
"Huffer"
"Bang On"
"Shocker In Gloomtown"
"Divine Hammer
"It’s The Love"
"Night Of Joy"
"No Aloha"
"Pacer"
"We’re Gonna Rise"
"Walk It Off"
"New Year"
"Cannonball"
"I Just Want to Get Along"
"Happiness is A Warm Gun"
"Safari"
"Iris"
"Here No More"
"Drivin on ‘9"
"Empty Glasses"
"Saints"
"Overglazed"
"Fortunately Gone/Full On Idle"
"Regalame Esta Noche"
"Hellbound"
Posted by Amateur Chemist at 1:05 AM

Email ThisBlogThis!Share to TwitterShare to FacebookShare to Pinterest
Labels: The Breeders, The Muslims, Whispertown 2000, Wiltern Theatre